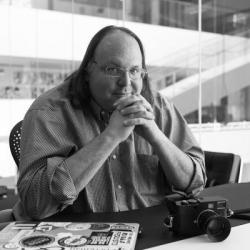 Ethan Zuckerman served a fellow of the Berkman Center from 2003 through 2009. Since 2009, he's been a senior researcher at the center, working on projects that focus on the impact of technology and media on the developing world and on quantitative analysis of media. With Hal Roberts, he is working on comparative studies of tools for censorship circumvention, techniques for blocking-resistant publishing for human rights sites and on the Media Cloud framework for quantitative study of digital media.

Ethan and Berkman fellow Rebecca MacKinnon founded Global Voices, a global citizen media network. Beginning at a Berkman conference in 2004, Global Voices has grown into an independent Netherlands-based nonprofit with over 200 employees and volunteers in over 100 countries. Global Voices maintains an international citizen media newsroom, tracks censorship and advocates for freedom of speech online, supports grassroots citizen media efforts and is a pioneer in the space of social translation. Global Voices' work has been supported by the MacArthur Foundation, Ford Foundation, Knight Foundation, Hivos, Open Society Institute as well as Google, Reuters and private donors. Ethan chairs Global Voices' global board of directors.

In 2000, Ethan founded Geekcorps, a non-profit technology volunteer corps. Geekcorps pairs skilled volunteers from US and European high tech companies with businesses in emerging nations for one to four month volunteer tours. Volunteers have served in 14 nations, including Ghana, Senegal, Mali, Rwanda, Armenia and Jordan, completing over a hundred projects. Geekcorps became a division of the International Executive Service Corps in 2001, where Ethan served as a vice president from 2001-4.

Prior to founding Geekcorps, Ethan helped found Tripod, an early pioneer in the web community space. Ethan served as Tripod's first staff geek, and later as VP of Business Development and VP of Research and Development. After Tripod's acquisition by Lycos in 1998, Ethan served as General Manager of the Angelfire.com division and as a member of the Lycos mergers and acquisitions team.

In 1993, Ethan graduated from Williams College with a BA in Philosophy. In 1993-4, he was a Fulbright Scholar at the University of Legon, Ghana and the National Theatre of Ghana, studying ethnomusicology and percussion.

Ethan was given the 2002 Technology in Service of Humanity Award by MIT's Technology Review Magazine and named to the TR100, TR's list of innovators under the age of 35. Ethan was named a Global Leader for Tomorrow and a Young Global Leader by the World Economic Forum.

He is interested in technology and social change, questions of who gets to invent technologies and imagine futures, the future of "legacy" cities and rural areas, and petting dogs.

The Berkman Center's Circumvention project is engaged in designing and conducting research aimed at gaining a broad understanding of the usage of circumvention tools.

Introduction to Internet Architecture and Institutions In this study, we analyze both mainstream and social media coverage of the 2016 United States presidential election. Infringements on Internet freedom, particularly through Internet filtering and surveillance, have inspired activists and technologists to develop technological counter-measures,… 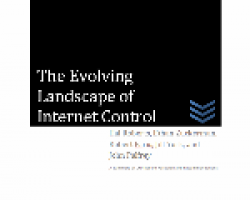 The Evolving Landscape of Internet Control

A Summary of Our Recent Research and Recommendations

Over the past two years, we have undertaken several studies at the Berkman Center designed to better understand the control of the Internet in less open societies. In this paper,… 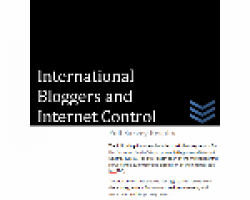 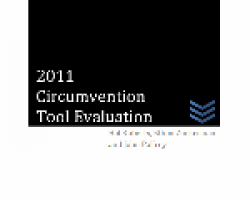 Given the rising awareness of the potential of the Internet as a political space and increasing government control over the space, it is easy to understand the widespread interest… 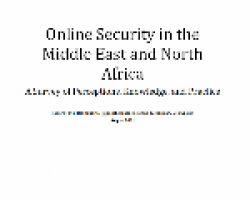 Online Security in the Middle East and North Africa

A Survey of Perceptions, Knowledge, and Practice

A large variety of different projects have developed tools that can be used to circumvent Internet filtering, allowing people in filtered countries access to otherwise filtered…

Global Attention Profiles – a working paper: First steps towards a quantitative approach to the study of media attention

The future of the decentralized web 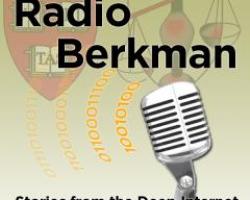 The #Kony2012 video, and accompanying campaign and meme, has done a lot to raise awareness. Of WHAT exactly, it's hard to tell. 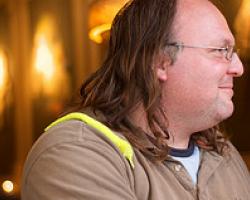 Ethan Zuckerman is becoming director of the Center for Civic Media

Huge congratulations to our friend and colleague Ethan Zuckerman on his new gig at the MIT Media Lab! Ethan writes, "So, I got a new job. A really cool new job."

The Berkman Center is pleased to announce that the Media Cloud Dashboard is open for public use. We invite you to experiment with the tool, which generates weekly word clouds of…

Using Media Cloud to measure the change in media cycles

From Ethan Zuckerman's blog: "...Hal Roberts, David Larochelle, Zoe Fraade-Blanar...have been revamping the Media Cloud tool this past year, trying to make it more powerful for… 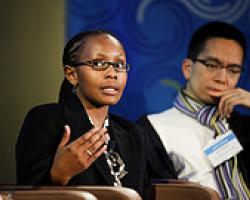 Last month the Ford Foundation hosted the Wired for Change conference, and a pack of Berkman Center folks, friends, and family were in New York for the event. Ford has posted full…

The Berkman Center is pleased to share a new report from the DDoS research project: "Distributed Denial of Service Attacks Against Independent Media and Human Rights Sites," in…

The Berkman Center is pleased to make available its report on techniques and tools for circumventing Internet filtering...

The world of Global Voices, rising

getting smart about birds of a feather

As ROFLCon descended on Cambridge, Fellow Ethan Zuckerman was essaying an argument for why homophily, serendipity, and xenophilia are "useful concepts" for thinking through media… 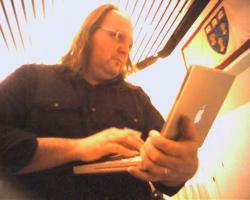 Ethan Zuckerman: the history of digital community, in less than 7 minutes

From Berkman Fellow Ethan Zuckerman...Xeni wanted to feature some of the topics I talked about in my Cute Cats talk, but realized that it’s hard to summarize the entire talk in a…

Oumou Ly and Ethan Zuckerman featured in a publication from All Tech Is Human on Improving Social Media.

Americans Mistrust Government. Is That a Bad Thing?

The Capitol Rioters Are Giving Insurrection a Bad Name

Ethan Zuckerman calls for a new vision of social media

Why All News Sounds the Same

What Did People Use Before Google to Search the Web?

Why filming police violence has done nothing to stop it

Ethan Zuckerman says evidentiary images on their own don’t bring about change. What’s missing is power.

Zuckerman discusses the history of public broadcasting, and potential alternative models for the future.

Facing the prospect that hoaxes or misinformation could worsen a global pandemic, tech platforms are taking control of the information ecosystem like never before.

Digital Public Infrastructure… and a few words in defense of optimism

Tech companies tried to help us spend less time on our phones. It didn’t work.

Ethan Zuckerman adds to the discussion about whether concerns about “time well spent” are overblown.

Ethan Zuckerman imagines a different kind of Internet—one propelled by public concerns instead of the interests of large corporations.

BKC paper cited in reflection on media coverage of the Clinton email "scandal."

Training the next generation of ethical techies

Ethan Zuckerman discusses the opportunities and consequences of participatory media.

QAnon and the Emergence of the Unreal

French media is polarizing. But not in the way we expected.

Does social media affect democracy the same way across the world, or do social platforms have different effects in different nations?

Ethan Zuckerman discusses the opportunities and consequences of participatory media.

An analysis of over 6,000 articles about the recent tragedy reveals useful guidelines for journalists on reporting extreme content REWIRE: Digital Cosmopolitans in the Age of Connection

A book launch with the author, Ethan Zuckerman, Director of the MIT Center for Civic Media

A rousing call to action for those who would be citizens of the world—online and off. 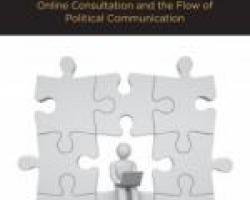 Connecting Democracy: Online Consultation and the Flow of Political Communication

A Panel Discussion about Connecting Democracy: Online Consultation and the Flow of Political Communication Too Big to Know

David Weinberger discusses his new book, "Too Big to Know: Rethinking Knowledge Now That the Facts Aren't the Facts, Experts Are Everywhere, and the Smartest Person in the Room Is… News and Entertainment in the Digital Age: A Vast Wasteland Revisited

In 1961, Newt Minow – then Chairman of the Federal Communications Commission – delivered a landmark speech to the National Association of Broadcasters on “Television and the… 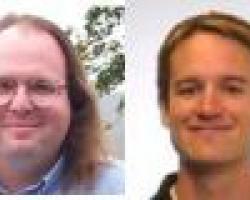 Ethan and Hal will present their prototype system to retrieve, tag, cluster and analyze blog and newspaper data, and discuss how the Media Cloud platform will be used in our… 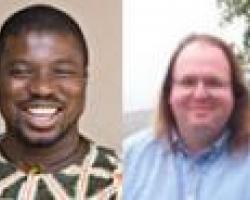 The Climate of Innovation Around Information Technology in Sub-Saharan Africa