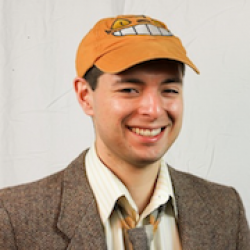 Nathan Matias, a PhD student at the MIT Media Lab, designs and researches civic technologies for cooperation across diversity. At the Berkman Center, he will be applying data analysis and design to the topics of peer-based social technologies, creative learning, civic engagement, journalism, gender diversity, and creative learning.

At Texperts, Nathan was on the startup team that scaled microwork systems to reach customers and workers on four continents. At SwiftKey, he helped develop one of the premier text entry systems for mobile, currently used by millions of people. At Microsoft Fuse Labs, he developed novel systems for collaborative neighborhood journalism. Nathan was also the founding Chief Technical Advisor of the Ministry of Stories, a creative writing center in London.

Nathan regularly liveblogs talks and events. He also publishes data journalism with the Guardian Datablog and PBS IdeaLab. He also facilitates #1book140, The Atlantic's Twitter book club, and frequently hosts live Twitter Q&As with prominent writers. He coordinated the Media Lab Festival of Learning in 2012 and 2013.

Before MIT, Nathan completed an MA in English literature at the University of Cambridge, where he was a Davies Jackson scholar and wrote two theses on African literature and the psychology of interactive fiction. In earlier years, he was Riddick Scholar and Hugh Cannon Memorial Scholar at the American Institute of Parliamentarians. He won the Ted Nelson award at ACM Hypertext 2005 with a work of tangible scholarly hypermedia. He was made a fellow of the Royal Society for the Arts, Sciences, and Manufacturing in 2013.

This collection of short essays and opinion pieces on harmful speech online covers a broad spectrum of thought and ideas from the Berkman Klein community.

Why I’m Going on the Academic Job Market

Nathan Matias reflects, "I’ve written this post partly to explain to community partners and advocates why I’m spending so much time looking for an academic job, partly to help me…

This week we are featuring four interviews with 2013-2014 Berkman Fellows as part of an ongoing series showcasing individuals in the Berkman community. Conducted by our 2013…

Nathan Matias and Lucas Wright provide useful tools to understand how adaptive algorithms can make an impact on individuals and society.

We Tested Facebook’s Ad Screeners and Some Were Too Strict

To manage the risks and benefits of AI, we need to look beyond the fairness and accuracy of AI decisions.

As society entrusts our safety and well-being to AI systems like this one, how can we ensure that the outcomes are beneficial? 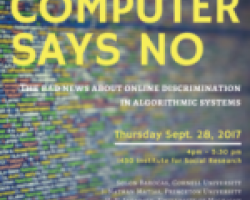 The Computer Says No

The Bad News About Online Discrimination in Algorithmic Systems

Join us at the University of Michigan for a discussion with Solon Barocas, J. Nathan Matias, H. V. Jagadish, and Christian Sandvig on the potential for discrimination and digital… 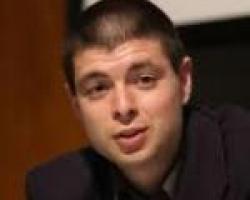 This month's presentations include (1) "Five Algorithmic Cultures and Their Ontologies: A Performative Critique" with Esteve Sanz; (2) Social Patterns of Digital Thanks,…