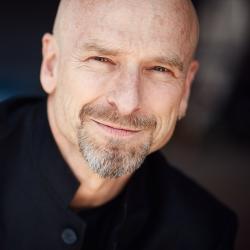 Jeffrey Schnapp is the founder/faculty director of metaLAB (at) Harvard and one of the faculty co-directors of the Berkman Klein Center for Internet and Society at Harvard University. He holds the Carl A. Pescosolido Chair in Romance Languages and Literatures and Comparative Literature in the Faculty of Arts and Sciences, is on the teaching faculty in the Department of Architecture at Harvard’s Graduate School of Design, and is also affiliated with the Critical Media Practice program in Visual and Environmental Studies.

Originally trained as a medievalist, his recent publications concern the modern and contemporary eras with a focus on media, technology, architecture, design, and the history of the book. They include The Electric Information Age Book ([Princeton Architectural Press 2012]); an anthology of essays on 20th century Italian art, literature, design, and architecture entitled Modernitalia (Peter Lang 2012); The Library Beyond the Book (Harvard University Press 2014), co-authored with Matthew Battles; Digital Humanities (Egea 2015), an essay on cultural heritage management published in Italian in the Meet the Media Guru series; and Blueprint for Counter Education — Expanded Reprint, a reprint edition of Maurice Stein and Larry Miller’s 1970 work of radical pedagogy. His latest book is FuturPiaggio. Six Italian Lessons on Mobility and Modern Life, published in both English and Italian by Rizzoli International (2017).

Schnapp’s pioneering work in the domains of media, knowledge design, digital arts and humanities, and curatorial practice includes collaborations with the Triennale di Milano, the Cantor Center for the Visual Arts, the Wolfsonian-FIU, the Canadian Center for Architecture, and the Fondazione Cirulli. His collaborative Trento Tunnels project—a 6000 sq. meter pair of highway tunnels in Northern Italy repurposed as a history museum—was featured in the Italian pavilion of the 2010 Venice Biennale of Architecture and at the MAXXI in Rome in RE-CYCLE. Strategie per la casa la città e il pianeta (fall-winter 2011). Panorama of the Cold War, carried out with Elisabetta Terragni (Studio Terragni Architetti) and Daniele Ledda (XY comm), was exhibited in the Albanian Pavilion of the 2012 Venice Biennale of Architecture and in Erasmus Effect – Architetti italiani all’estero / Italian Architects Abroad at the MAXXI (Dec. 2013-April 2014). He also served as lead curator for BZ ’18-’45, a documentation center built under Marcello Piacentini’s Monument to Victory in Bolzano/Bozen open to the public since July 2014. BZ ’18-’45 was awarded Honorable Mention in the 2016 Museum of the Year competition by the European Museum Forum. His most recent curatorial project, Universo futurista / Futurist Universe, opened at the Fondazione Cirulli in Bologna on April 21, 2018.

After three years of service as co-founder and Chief Executive Officer at Piaggio Fast Forward, Schnapp assumed the new position of Chief Visionary Officer effective mid-June 2018. Piaggio Fast Forward is a subsidiary of the Milan-based Piaggio Group, known throughout the world for iconic vehicles like the Vespa and iconic brands like Aprilia and Moto Guzzi.

Berkman affiliates preview ‘Living by Protocol,’ the exhibition by metaLAB that runs through July 3 at Harvard Art Museums

For more information see the

Knowledge Design: What should or could (scholarly) knowledge look like in the 21st Century? - Spring 2023

This seminar will explore the shapes and forms that experimental scholarship is assuming in an array of arts and humanities disciplines, from media studies to digital…

On the one-hundred year anniversary of the March on Rome, this centennial seminar&nbsp;provides an in-depth understanding&nbsp;of fascism, its intellectual and political roots,…

The seminar adopts a cross-disciplinary and comparative focus; and includes such topics as humans and machines; experimental poetics; futurism's ties to anarchism, bolshevism and…

Fifteen Things explores intertwinings between design, science, technology, society, art, and culture by means of the "excavation" of fifteen objects from different periods in the…

Aesthetic and Interpretive Understanding 51: The Cosmos of the Comedy – Fall 2014

This course provides an in-depth exploration of Dante Alighieri's 14th-century masterpiece, the Divine Comedy, from the standpoint of the history of Western poetry, language,…

The seminar is built around a sequence of fundamental questions regarding the literary disciplines, their history and epistemology. Discussions are instigated by readings in…

This is a working seminar designed to explore these questions through a cluster of projects designed to cross theorizing with making.

The Library Test Kitchen provides a unique for-credit environment to develop and fully realize your design ideas on a 1:1 scale within the setting of one of the world’s greatest… 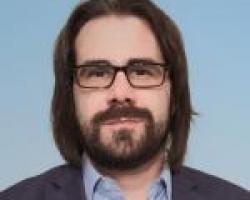 A Pessimist’s Guide to the Future of Technology

Two decades of technological optimism in computing have proven foolhardy. Let’s talk about new ways to anticipate what might go right and wrong, using a technology that has not… 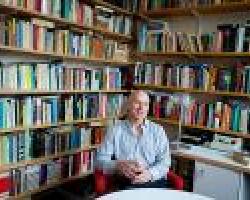 Study Card to Playlist: the Social Life of the Course Catalog

Visualized, annotated, connected: what should the course catalog look like in the 21st century? In this ​participatory lunch talk, members of metaLAB's Curricle team will share…

Libraries: the Next Generation

Drawing on our past, and creating new resources for our future 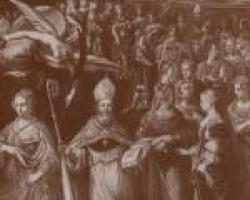 Curated by the Crowd: collections, data, and platforms for participation in museums and other institutions

Curarium is a collection of collections, an “animated archive,” designed to serve as a model for crowdsourcing annotation, curation, and augmentation of works within and beyond… 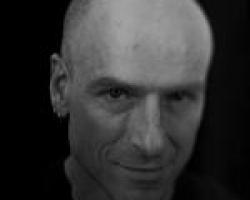 Jeffrey Schnapp, Fellow at the Berkman Center and Pierotti Chair in Italian and Comparative Literature at Stanford

Jeffrey Schnapp is a Fellow at the Berkman Center and occupies the Pierotti Chair in Italian and Comparative Literature at Stanford.