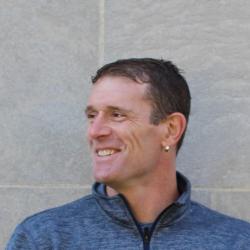 Adam is a Project Manager at the Berkman Klein Center, where he manages the Lumen project and also participates in various other Center efforts, including liaising with the SIENNA project, the Criminal Justice Debt Tool Project, and a paper regarding Wikipedia’s internal moderation processes.

He has been involved with the Center since the summer of 2008, when he worked with Lewis Hyde as a summer intern on the “Freedom to Teach” Project.  He is grateful on a daily basis to have the privilege of being part of such a vibrant and inspiring community of people.

Adam has a bachelor’s degree in Folklore & Mythology from Harvard College,  a J.D. from Boston University School of Law, and an M.S. in Psychology from California Southern University.  He has authored or co-authored papers on collaborative law, bioethics and copyright reform, and his Master thesis addresses using mindfulness techniques in scholastic settings to alleviate student anxiety disorders.

Prior to completing his graduate degrees, Adam spent ten years training with the U.S. National Rowing Team, winning two World Championship medals and competing at the 1996 Olympic Games. He’d be glad to talk to you about any aspect of training.

Outside of the Berkman Klein Center, Adam coaches rowing and wrestling at nearby BB&N School, studies and teaches Brazilian jiu jitsu, reads as much science fiction and comics as he can get his hands on, and adores his wife and two daughters.

Research Sprint on Takedowns and Transparency with Lumen

Sprint participants worked with members of the Lumen Database team and Berkman Klein Center staff, as well as outside experts to tackle pressing issues concerning online…

Lumen collects and studies online content removal requests, providing transparency and supporting research and analysis of the Web's notice and takedown ecosystem, in terms of who… 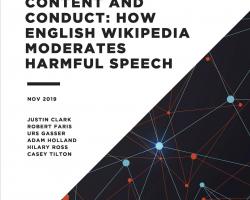 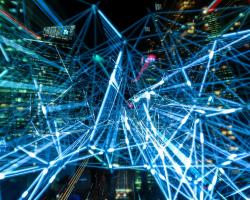 Ethics and Governance of AI and Robotics

A contribution to the SIENNA project

A contribution to the SIENNA project 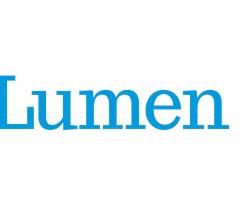 Lumen Comments on Copyright and Transparency for EU Meeting

Christopher Bavitz and Adam Holland joined an EU meeting to discuss the importance of data transparency in takedown regimes and key learnings from the Lumen Database.

Google must remove search results about medical regulators' conditional suspension of a Dutch physician in the first "right to be forgotten" case of its kind in the European Union.

Lumen — The Year in Review

Adam Holland, Project Manager of the Lumen Database, gives an overview of the recent debate over the Internet Archive's “National Emergency Library”

Scandals underscore the need to regulate use of customers' information

"Facebook needs to change how it handles user data and personal information."