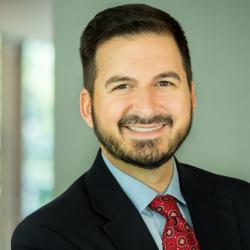 Woodrow Hartzog is a Professor of Law and Computer Science at Northeastern University School of Law and the College of Computer and Information Science. His research focuses on privacy, media, contracts, and robotics. He is the author of Privacy’s Blueprint: The Battle to Control the Design of New Technologies, published in 2018 by Harvard University Press.

Professor Hartzog is particularly interested in evolving conceptualizations of privacy, data protection frameworks, and the rules around automation, artificial intelligence, and robotics. His work has been published in numerous scholarly publications such as the Yale Law Journal, Columbia Law Review, California Law Review, and Michigan Law Review and popular publications such as BBC, CNN, The Guardian, Wired, Bloomberg, New Scientist, Slate, The Atlantic and The Nation.

He holds a Ph.D. in mass communication from the University of North Carolina at Chapel Hill, an LL.M. in intellectual property from the George Washington University Law School and a J.D. from Samford University’s Cumberland School of Law.

BKC Faculty Associate Woodrow Hartzog writes about the repetitive mistakes made by organizations whenever a data breach or spill occurs.

Breached! Why Data Security Law Fails and How to Improve It

Daniel Solove and Woodrow Hartzog have devised a series of recommendations to better Internet governance in "Breached! Why Data Security Law Fails and How to Improve It."

Woodrow Hartzog writes that “Privacy is still a concept in disarray. But that’s okay."

Woodrow Hartzog has a conversation about the impact of President Biden's new executive order.

Who is at fault when systems powered by AI put humans in danger?

Woodrow Hartzog quoted by the New York Times editorial board

Getting the First Amendment wrong

Woodrow Hartzog and Neil Richards argue that Clearview AI is wrongfully trying to use the First Amendment to ensure a freedom to surveil at will.

Beware of Apps Bearing Gifts in a Pandemic

The dangers of tech-driven solutions to COVID-19

Coronavirus tracing apps are coming. Here’s how they could reshape surveillance as we know it.

Woodrow Hartzog warns about the long-term consequences of the apps

Why Europe's GDPR magic will never work in the US

Woodrow Hartzog argues that any US version of GDPR would, in practice, be something of a GDPR-lite.

What Happens When Employers Can Read Your Facial Expressions?

The benefits do not come close to outweighing the risks, writes Woodrow Hartzog

Why You Can’t Really Consent to Facebook’s Facial Recognition

While the social media platform’s latest approach to facial recognition appears to respect user’s choices, the offer is so tainted we can’t truly agree to it

It’s time to try something different on Internet privacy

"US lawmakers need to embrace a different approach to Internet privacy based around the concept of trust, rather than the failed concepts of notice and choice."

Privacy still exists. You just have to know where to look for it so you know what to fight for. 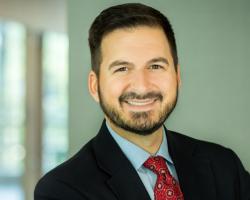 The Battle to Control the Design of New Technologies

PODCAST & VIDEO: The dominant model for regulating privacy focuses on giving people control over their information and regulating data practices. This focus ignores the role that…