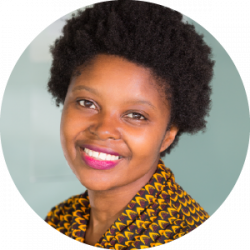 Mutale Nkonde is the founding CEO of AI For the People (AFP) a non profit communications agency.

AFP’s mission is to eliminate the under-representation of black professionals in the American technology sector by 2030. We do this in three ways:

Prior to this Nkonde worked in AI Governance. During that time she was part of the team that introduced the Algorithmic and Deep Fakes Algorithmic Acts, as well as the No Biometric Barriers to Housing Act to the US House of Representatives.

She started her career as a broadcast journalist and produced documentaries for the BBC, CNN & ABC. She now also writes widely on race and tech, as well speaking at conferences across the world and currently a fellowships at the Digital Civil Society Lab at Stanford and an affiliate at the Berkman Klein Center of Internet and Society at Harvard.

People of color have a new fight: techno-racism

Why Tech Companies Are Limiting Police Use of Facial Recognition

Disinformation creep: ADOS and the strategic weaponization of breaking news

Mutale Nkonde joined the No More Normal podcast to discuss misinformation and algorithms.

How can we ban facial recognition when it’s already everywhere?

Tech Companies Are Limiting Police Use of Facial Recognition. Here's Why

Keeping An Eye On You

When surveillance tech has ties to white supremacy

Supercuts of police behavior are receiving enormous numbers of views.

An essay by Mutale Nkonde

Mutale Nkonde on AI and bias

Mutale Nkonde discusses AI, algorithmic bias, and why we need humans on Notre Dame’s With a Side of Knowledge Podcast

Intersection of Race and Technology

Which Tech Companies Are Doing the Most Harm?

The Evil List: Which tech companies are doing the most harm?

BKC fellow discusses the role race plays in election interference efforts on the City on the Hill podcast.

Portland's facial recognition ban could be the strictest yet

Robots Are Taking Over (the Rental Screening Process)

Mutale Nkonde featured for her work on biased algorithms

AI ethics is all about power

Can you believe your eyes? How deepfakes are coming for politics

How Journalists Can Reveal Algorithm Maladies

Can you make AI fairer than a judge?

This is how you kick facial recognition out of your town

5 simple rules to make AI a force for good

A facial recognition ban is coming to the US, says an AI policy advisor

Women are far less enthusiastic about the prospect of driverless cars than men, recent studies show.

The Lawless Way to Disable 8chan

The decision to disable an infamous message board fell to Matthew Prince, an internet executive who is deeply uncomfortable with his own power.

Can the U.S. regulate 8chan?

Legislation aimed at stopping deepfakes is a bad idea

US legislators say they want to stop deepfakes at the source, so they introduced the DEEPFAKES Accountability Act.

The Ideas of John Perry Barlow in Uncertain Times

Charlie Nesson, founder of the Berkman Klein Center and Jonathan Vincent Pace, the first person to work with the John Perry Barlow archive at Stanford University, join in a… 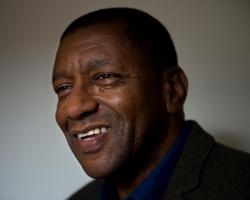 Part of the BKC Luncheon Series