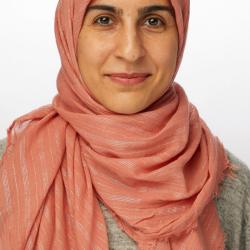 Zahra is a comparative legal scholar interested in teaching and writing about contracts, torts, digital privacy, and technology & the law. She enjoys relying on rules and principles of tort and contract law in resolving some of the challenges of emerging technological developments. Her second strand of scholarly interest is Islamic law, particularly private law and the global implications of social media use in Muslim majority countries. In her research, Zahra thinks about how the legal problems and their proposed solutions can contribute to the well-being of the society, both mental and physical.

Zahra's research has been published or is forthcoming in Cardozo Law Review and Buffalo Law Review, among others. She has also contributed to the Harvard Journal of Law and Technology Digest and Harvard Islamic Law Blog. She is a frequent contributor to the Iranian newspaper Etemad where she writes on comparative legal topics.

She speaks Farsi as her native language and is proficient in French, Arabic. She has a basic knowledge of the programming languages Swift and Python. Zahra is licensed to practice law in the State of New York and Iran.