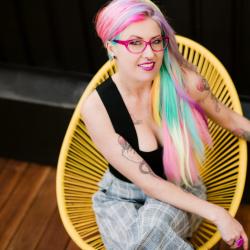 Zahra Stardust is a socio-legal scholar working at the intersections of sexual health, queer criminology and human rights.

She is currently a Postdoctoral Research Fellow at the ARC Centre of Excellence for Automated Decision-Making and Society at Queensland University of Technology, and works on projects relating to sexual surveillance, algorithmic sexual profiling and the political economy of sextech. She recently coordinated a Public Interest Sex Tech Hackathon exploring ethical data governance and participatory design in sex technologies.

As a BKC Fellow in 2020-21, Zahra facilitated a RightsCon panel on Alternative Frameworks for Sexual Content Moderation, hosted an event on Designing Sex Worker Liberatory Futures, and co-authored articles on Automating Whorephobia and High-Risk Hustling with colleagues from Hacking//Hustling and Decoding Stigma, which explored deplatforming and financial discrimination against sex workers.

She hosts the podcast Thinking Justice, which brings together voices of organisers, academics and critical thinkers challenging us to imagine and create alternative futures. She lives on stolen and unceded land of the Turrbal and Jagera people known by its colonial name of Brisbane, Australia.

ARC Centre of Excellence for Automated Decision-Making and Society

Zahra Stardust and collaborators set out seven demands for platforms, governments, and policymakers.

As part of her Berkman Klein fellowship, Zahra Stardust organized a Community Lab at RightsCon 2021 on "Alternative Frameworks for Sexual Content Moderation."…

Surveillance does not equal safety: Police, data and consent on dating apps

“As dating apps continue to receive pressure from civil society, media and governments to address a range of safety concerns, technology…

“Sex tech has emerged as a site in which sexual pleasure,…

Automating whorephobia: sex, technology and the violence of deplatforming

Zahra Stardust and Helen Hester envision a post-work future that is more equitable for sex workers.

Zahra Stardust and colleagues on cybersecurity and dating apps

Five community members speak about their vexed relationships to the law

What can tech learn from sex workers? 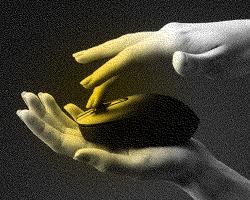 Video & Podcast: A panel discussion about what the Internet might look like if it was designed by sex workers and how we might code sex worker ethics into future design.