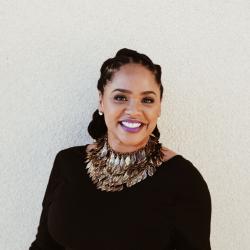 Dr. Roslyn Satchel is a critical race studies activist-scholar. She serves as the Blanche Seaver Professor of Communication at Pepperdine University, teaching law, ethics, and communication courses. She is a lawyer, an experienced strategic communication consultant, and an itinerant elder in the African Methodist Episcopal Church. In her book, What Movies Teach about Race: Exceptionalism, Erasure and Entitlement, Dr. Satchel brings her media, legal, and religion background together to examine political economy and representation in the most influential films of all time.

From “Feminist Legal Theory and Domestic Violence in the Christian Church” to “Religion, Race, & the Fourth Estate: Xenophobia in the Media Ten Years After 9/11,” Dr. Satchel’s publications and presentations stimulate debate and a boundless research agenda. She enjoys studying the cultural influences of and on legal, media, and religious texts. In essence, Dr. Satchel examines the ideological implications of legal, media, and religious discourse with a particular interest in issues of race, gender, class, ability, age, ethnicity, status, sexual orientation, and religious affiliation. Her experience in developing educational resources and opportunities in academic, church, and community settings emerges from a human rights orientation that prioritizes those marginalized due to their race, gender, beliefs, class, ability, sexual orientation, language, ethnicity, age, education, immigration status, and cognitive/emotional difference.

Dr. Satchel’s teaching methodology is a practice of freedom, a term coined by Paulo Freire:

“I believe that education is a tool for social justice and liberation. It enables people to deal critically and creatively with reality. Through education, we discover how to participate in transforming our world. As facilitator and guide, my first goal is to create an atmosphere whereby all students, regardless of prior education or privilege, develop a social justice framework for approaching topics. My second goal is to help students understand and critically apply these concepts to diverse texts and populations. Third, rather than focusing on multicultural awareness, which typically produces only a first-order change in students (a superficial understanding and concern), I emphasize the development of what Freire refers to as “Concientización” or the development of a critical awareness of how personal dynamics unfold within social, historical and political contexts. This tends to lead to second-order changes that reflect a fundamental break with discordant practices and a new knowledge base and critical approach that places individuals/groups within a larger context that considers the influence of history, power, access, and ability.”

Dr. Satchel’s work as a strategic communication consultant enabled her to eliminate or lessen the structural barriers that restrict access to systemic equity and wellness for historically underserved or underrepresented communities and individuals. For example, when working with religious denominations in Mississippi and Alabama to prevent clergy sexual misconduct, Dr. Satchel designed an ethics educational program through which clergy and laity earned certifications that significantly reduced the incidences of sexual harassment and abuse by church leaders. Similarly, in Georgia, Dr. Satchel worked with judges, lawyers, and treatment providers to address child sex trafficking, ensure compliance with best practices, and develop rehabilitative alternatives to detention. At Pepperdine, both Seaver College and the Graduate School of Education and Psychology brought in Dr. Satchel to help faculty, students, and staff with issues of diversity, inclusion, and an increased capacity for valuing difference in curricula and pedagogy.

Prior to entering academia, Dr. Satchel was a successful policy advocate and pioneer in using citizen journalism and social media for community organizing. Her work influenced several state, national, and international policy changes and grassroots initiatives—for which she received several awards and significant national media coverage. Dr. Satchel worked in countries including (though not limited to) Italy, Kenya, Thailand, Ghana, India, and South Africa in human rights, interfaith coalition building, child advocacy, and indigent defense. She commits daily to social justice in practice and scholarship.

‘There has been less of a buffer’: discussing intimate partner violence during the pandemic

Five community members speak about their vexed relationships to the law 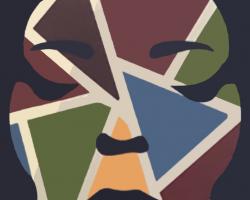 Video & Podcast: Is there a vaccine for our pandemic?