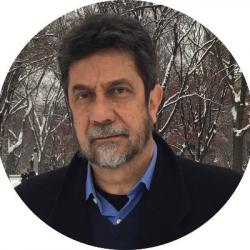 Virgilio Almeida is a Professor Emeritus of Computer Science at the Federal University of Minas Gerais (UFMG). He is also Faculty Associate at the Berkman Klein Center at Harvard University. Virgilio received his PhD degree in Computer Science at Vanderbilt University, a Master's degree in computer science at PUC-Rio and a bachelor degree in Electrical Engineering from UFMG. He held visiting positions in several universities and research labs, such as Harvard University (School of Engineering and Applied Sciences), New York University, Boston University, Santa Fe Institute, HP Labs and Institute of Advanced Studies of the University of São Paulo (USP).

Virgilio was the National Secretary for Information Technology Policies of the Brazilian government from 2011 to 2015. He was the chair of the Brazilian Internet Steering Committee (CGI.br) from 2011-2016. He was also the chair of NETmundial, the Global Multistakeholder Conference on the Future of Internet Governance, that was held in Sao Paulo in 2014. Virgilio was one of the commissioners of the Global Commission for the Stability of Cyberspace (cyberstability.org/). Virgilio is member of the Brazilian Academy of Sciences (ABC) and the World Academy of Sciences (TWAS).

His research interests are focused on social computing, digital governance, algorithms, modeling and analysis of social media. Professor Virgilio is the co-author of six books dealing Web technologies, e-commerce, performance modeling and capacity planning, published by Prentice Hall and Palgrave Macmillan. The books were translated into in Portuguese, Korean and Russian. The most recent one, published in 2020, is: ``Governance for the Digital World: Neither More State Nor More Market’’. Virgilio has published over 200 articles in journals and conferences, that received 16,100 citations according to Google Scholar (as of 2022, July 13th). Virgilio’s h-index is 61.

A complete list of publications can be obtained at: 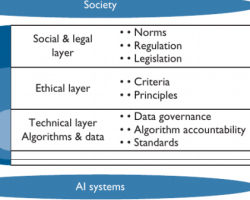 A Layered Model for AI Governance

​AI-based systems are “black boxes,” resulting in massive information asymmetries between the developers of such systems and consumers and policymakers.

Algorithms and Institutions: How Social Sciences Can Contribute to Governance of Algorithms

Virgílio Almeida takes a look at the relationship between algorithms and institutions.

Urs Gasser and Virgílio Almeida take a historical look at the evolution of Internet governance to help inform the future.

A discussion of norms in the governance of cyberspace.

How YouTube Misinformation Resolved a WhatsApp Mystery in Brazil

What is the impact of digital technologies on deep-rooted Brazilian inequalities?