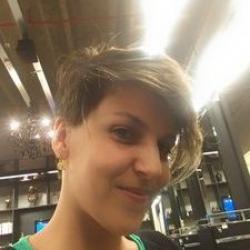 Yasodara Córdova is a Senior Fellow at the Digital Kennedy School, a Belfer Center project, at Harvard, where she researches Citizenship, Digital Democracy, Government transformation, and Participation. She also holds an affiliation with the Berkman Klein Center at Harvard. She is a software developer, activist and Industrial Designer, part of several Civil Society organizations.

She is on the Director’s board of the Ciudadania Inteligente, an international non-profit organization that aims to strengthen Latin American democracies, and is a former Director of the “Serenata de Amor Operation”, an anti-corruption A.I. platform that uses machine learning and open data to facilitate social control of the public money spent by the representatives in Brazil. Yasodara was invited to present this successful project at the Brazilian Congress in 2017. Before being selected as a Fellow of the Berkman Klein Center, in 2016, Yasodara worked as a Web Specialist at the World Wide Web Consortium, as the chair of the Data on the Web Working Group, among other positions.

Prior to that, she worked for more than eight years with several ministries in Brazil and at the Brazilian presidency, developing technical platforms for citizen participation as an innovation consultant for the United Nations. Earlier, she worked with data visualization and was awarded twice the biggest Brazilian prize in Journalism and Human Rights, the Vladimir Herzog Award. She collaborated with the Coding Rights, an awarded Brazilian think-tank, part of the Privacy International Network, the InternetLab, the Tactical Tech Collective, Avaaz, and other non-profit organizations. She is one of the first female Hackerspace founders in Brazil and was part of the advisory board of the Open Knowledge Foundation since its outset in Brazil, until 2017. Finally, Yasodara is recognized internationally for her multidisciplinary vision over the digital changes happening systemically because of the Internet. She has the expertise of a practitioner, the passion of an activist, and the knowledge of a Harvard Fellow. 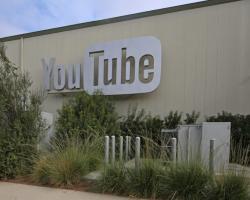 YouTube’s recommendation algorithm is under scrutiny for surfacing harmful content

BKC researchers lend insight into YouTube’s recommendation algorithm, which is under scrutiny for surfacing harmful content

Fighting Zika With Honey: An Analysis of YouTube’s Video Recommendations on Brazilian YouTube

Jonas Kaiser and colleagues publish in International Journal of Communication

How YouTube Misinformation Resolved a WhatsApp Mystery in Brazil

How the government, or regulators, can start thinking about privacy and the data economy

Can Data Become Part of a Development Strategy?

Data should become an enabler of new models of cooperative growth

There is no easy fix to the asymmetries existing between developing and developed countries.