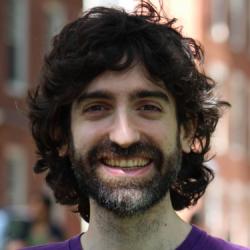 Samer Hassan is an activist and researcher, currently Faculty Associate at the Berkman Klein Center, and Associate Professor at Universidad Complutense de Madrid (Spain). Focused on decentralized collaboration, he was awarded EU’s largest individual research grant, a 1.5M€ ERC grant for the interdisciplinary project P2P Models, to build blockchain-based, democratic and economically sustainable organizations for a new type of Collaborative Economy. His work aims to build free/open source privacy-aware decentralized systems (e.g. blockchain) that may facilitate the sustainability of collaborative communities and social movements - and overall, the Commons paradigm. His interdisciplinary approach combines social research studying such communities, and the construction of software tools aimed to facilitate their work.

Samer has carried out research in decentralized systems, social simulation and Artificial Intelligence from positions in the University of Surrey (UK), the American University of Science &; Technology (Lebanon) and the Universidad Complutense de Madrid (Spain), where he did his PhD. Coming from a multidisciplinary background in Computer Science and Social Sciences, he has 50+ publications in those fields. He has been a member of Scientific or Organising Committees of 40+ international conferences. In the EU-funded P2Pvalue project, he led the technical team that built among others, the backend-as-a-service for federated collaborative apps SwellRT, whose codebase was adopted by the Apache Foundation.

In the past, Samer researched the societal transition from modern to postmodern society in Spain, combining AI and computational sociology. He used data-driven agent-based social simulation to understand the evolution of values, ideology and religiosity. He has several methodological works on how to combine different Artificial Intelligence techniques (software agents with fuzzy logic, natural language processing, data mining or microsimulation). More recently, his publications have focused on decentralized technologies for collaboration (federated and peer-to-peer like blockchain or ipfs), decentralized governance (e.g. reputation, regulation by code), or distribution of value in peer production communities. His presentations may be found here.

As an activist, he has been engaged in a wide diversity of grassroots initiatives and communities, both offline (e.g. CSA Tabacalera, Medialab-Prado, OLPC) and online (e.g. Wikipedia, Barrapunto, Ourproject.org). He co-founded the Comunes Nonprofit and the Move Commons webtool project. He has been accredited as a grassroots facilitator by the Altekio Cooperative.

He is also passionate about teaching, aiming to apply a participatory approach inspired by grassroots facilitation. Nowadays he is especially keen on UCM's course on cyber-ethics and law that he co-created.

With Spanish and Lebanese origins, Samer does not believe in monolithic standpoints but in combining different approaches in order to push forward social change... meaning cross-cultural, cross-disciplinary, mixed methods, bridging activism and academia, or theory and practice. You may follow his thoughts and concerns in his Twitter.

The Life Itself Podcast

In this episode of our Making Sense of Crypto and Web3 series, we talk with blockchain researcher and expert Samer Hassan.

Blockchain for Social Good: A Field in Expansion

Toward a Digital Economy That’s Truly Collaborative, Not Exploitative

Overcoming the flaws of an internet controlled by a few major players will enable web services that are more democratic and fair, Samer Hassan says.

Professor Samer Hassan explores how blockchain has the potential to help sharing economy projects to overcome several challenges they face at infrastructure, governance and…

Can Blockchain Facilitate the Governance of Commons-oriented Communities?

Hassan thinks of the blockchain within the context of how we use it to manage trust in large, decentralized communities. 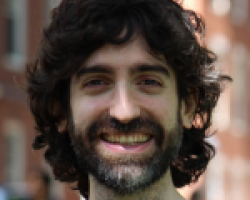 How can we translate social research into evidence-based interventions to aid collaborative communities? Which online tools would help reducing the invisible wall between…