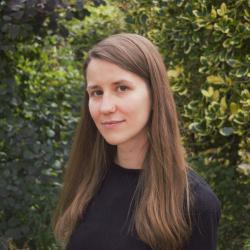 Professor Sandra Wachter is Professor of Technology and Regulation at the Oxford Internet Institute at the University of Oxford where she researches the legal and ethical implications of AI, Big Data, and robotics as well as Internet and platform regulation. Her current research focuses on profiling, inferential analytics, explainable AI, algorithmic bias, diversity, and fairness, as well as governmental surveillance, predictive policing, human rights online, and health tech and medical law.

At the OII, Professor Sandra Wachter leads and coordinates the Governance of Emerging Technologies (GET) Research Programme that investigates legal, ethical, and technical aspects of AI, machine learning, and other emerging technologies.

Professor Wachter is also an affiliate and member at numerous institutions, such as  the Berkman Klein Center for Internet & Society at Harvard University, World Economic Forum’s Global Futures Council on Values, Ethics and Innovation, the European Commission’s Expert Group on Autonomous Cars, the Law Committee of the IEEE, the World Bank’s Task Force on Access to Justice and Technology, the United Kingdom Police Ethics Guidance Group, the British Standards Institution, the Bonavero Institute of Human Rights at Oxford’s Law Faculty and the Oxford Martin School. Professor Wachter also serves as a policy advisor for governments, companies, and NGO’s around the world on regulatory and ethical questions concerning emerging technologies.

Professor Wachter has been the subject of numerous media profiles, including by the Financial Times, Wired, and Business Insider. Her work has been prominently featured in several documentaries, including pieces by Wired and the BBC, and has been extensively covered by The New York Times, Reuters, Forbes, Harvard Business Review, The Guardian, BBC, The Telegraph, CNBC, CBC, Huffington Post, Science, Nature, New Scientist, FAZ, Die Zeit, Le Monde, HBO, Engadget, El Mundo, The Sunday Times, The Verge, Vice Magazine, Sueddeutsche Zeitung, and SRF.

Professor Wachter has received numerous awards, including the ‘O2RB Excellence in Impact Award’ (2021 and 2018), the Computer Weekly Women in UK Tech award (2021),  the Privacy Law Scholar (PLSC) Award (2019) for her paper A Right to Reasonable Inferences: Re-Thinking Data Protection Law in the Age of Big Data and AI, and the CognitionX ‘AI Superhero Award’ (2017) for her contributions in AI governance.

Her British Academy project “AI and the Right to Reasonable Algorithmic Inferences” aims to find mechanisms that provide greater protection to the right to privacy and identity, collective and group privacy rights, and safeguards against the harms of inferential analytics and profiling.

Professor Wachter further works on the governance and ethical design of algorithms, including the development of standards to open the ‘AI Blackbox’ and to increase accountability, transparency, and explainability. Her explainability tool – Counterfactual Explanations – has been implemented by major tech companies such as Google, Accenture,  IBM, and Vodafone.

Professor Wachter also works on ethical auditing methods for AI to combat bias and discrimination and to ensure fairness and diversity with a focus on non-discrimination law. Her recent work has shown that the majority (13/20) of bias tests and tools do not live-up to the standards of EU non-discrimination law. In response she developed a bias test (‘Conditional Demographic Disparity’ or CDD) that meets EU and UK standards. Amazon picked up her work and implemented it in their cloud services.

Professor Wachter is also interested in legal and ethical aspects of robotics (e.g., surgical, domestic and social robots) and autonomous systems (e.g., autonomous and connected cars), including liability, accountability, and privacy issues as well as international policies and regulatory responses to the social and ethical consequences of automation (e.g., future of the workforce, worker rights).

Internet policy and platform regulation as well as cyber-security issues are also at the heart of her research, where she addresses areas such as “fake news,” deepfakes, misinformation, censorship, online surveillance, intellectual property law, and human rights online.

Her previous work also looked at (bio)medical law and bioethics in areas such as interventions in the genome and genetic testing under the Convention on Human Rights and Biomedicine. 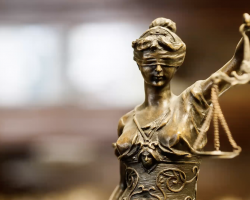 Sandra Wachter on why fairness cannot be automated

Sandra Wachter on why fairness cannot be automated

Amazon’s Creep Into Health Care Has Some Experts Spooked

Sandra Wachter, BKC Faculty Associate, spoke about Amazon's shift in the healthcare industry. '“Whenever health data is concerned, we have to be very…

Sandra Wachter assesses the benefits and drawbacks about autonomous robots and the future of work.

Sandra Wachter weighs in on the ethical implications of a computer tracking workers’ emotions.

This Company Wants to Replace Therapy With Wearable Tech

Sandra Wachter describes issues with technology that claims to help with mental health.

AI experts doubt Amazon's new Halo wearable can accurately judge the emotion in your voice, and worry about the privacy risks 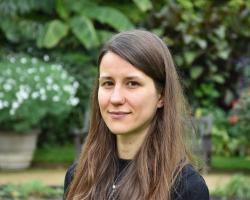 [Virtual] Why Fairness Cannot Be Automated