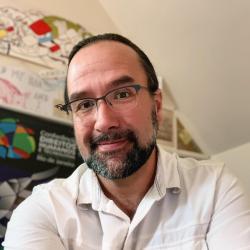 Nathan is the founder and director of Guardian Project, an award-winning, open-source, mobile security collaborative with millions of users and beneficiaries worldwide.

Their most well-known app is Orbot, which brings the Tor anonymity and circumvention network to Android devices, and has been installed more than 20 million times. In late 2017, he co-designed with Edward Snowden, an app called Haven, which works as a personal security system that puts the power of surveillance back into the hands of the most vulnerable and under threat.

His work on off-grid, decentralized, secure mobile communication networks, dubbed Wind, was originally imagined and workshopped while a fellow at the Berkman Klein Center in 2015. In 2018, Wind was selected as a finalist in the Mozilla-National Science Foundation "Wireless Innovation for a Networked Society (WINS)" Challenges. The latest instance of Wind, known as a “Butter Box” (https://likebutter.app), is now in testing and active use to safely deliver apps, chat services and content to communities in Latin America where internet access is difficult due to economic, political, and environmental challenges.

Nathan was part of the Assembly program at Berkman-Klein, first as a participant in the inaugural cohort, and then as an advisor for the remaining years of its occurrence. Nathan’s Assembly project, a privacy-preserving measurement system dubbed Clean Insights (https://cleaninsights.org), has continued on as a funded multi-year effort at Guardian Project. It has been adopted by a variety of privacy-focused applications and services that benefit from gaining specific analytical insights into how effectively they are serving their user communities.

Nathan is also part of the semi-secret year-round New England surfing cohort at BKC, and is eager for others to join in this literally numbing, yet clarity-generating, experience. 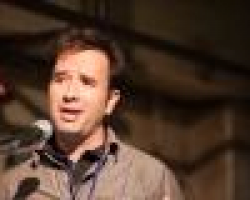 An unsolicited picture shared over Apple's AirDrop leads to questions over how the technology is governed.

A Berkman-Klein Center Tale: From Fellows Hour to Funding!

How one Fellow's project began as an idea at 23 Everett Street (BKC’s HQ!) in 2014, moved to introspection and tinkering, and then opened to funding, collaboration, and feedback. 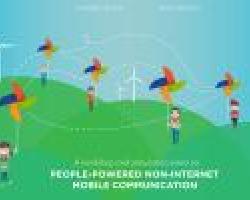 Wind Farm's Internet Offline Simulation is a fun and interactive day for people of all ages and backgrounds. The only requirement is an open mind and optimistic view of what might… 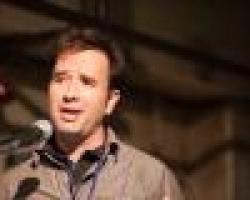 Learn about this phenomenon that might be called an inversion of the Great Firewall. This event will be webcast live at 12:30PM ET.