On April 1st, the Copyright Office closed the initial comment period for a public study undertaken to evaluate the impact and effectiveness of the Digital Millennium Copyright Act (“DMCA”) safe harbor provisions, embodied in Section 512 of the United States Copyright Act. On April 7th, the filed comments were released online.

Commenters submitted a total of 90,967 comments in connection with the study. The Cyberlaw Clinic filed one of those comments on behalf of Berkman Center for Internet & Society Project Coordinator Adam Holland, who manages the Center’s Lumen project (formerly known as Chilling Effects), and Harvard Law School Clinical Professor (and Cyberlaw Clinic Managing Director) Christopher Bavitz, who serves as Lumen’s principal investigator at Berkman. As described herein, the comment submitted by the Clinic advanced the twin propositions that:  (a) data is crucial to informing reasoned policy debates, including debates about policies that govern intermediary liability and obligations to police content online; and (b) transparency is intrinsically related to accountability, oversight, and process and is generally good for the public at large in a society that values free expression.

Section 512 and the DMCA safe harbor are extraordinarily important provisions of U.S. copyright law.  Among other things, they provide a legal immunity for platforms that host user-generated content, subject to certain conditions and limitations, in the event such content infringes third-parties’ copyrights.

Implementing what is generally known as a “notice-and-takedown” regime, the safe harbor has been the subject of a fair amount of controversy since it was passed into law in the late-1990s.  Content owners have expressed concerns that the safe harbor gives platforms too much protection and requires rightsholders to invest extraordinary resources and engage in a veritable game of “whac-a-mole” in chasing down each and every individual infringing file on each and every platform.  Online platforms that benefit from the safe harbor often credit Section 512 for its role in the development of a robust online ecosystem while also noting the costs they incur due to DMCA compliance. Many public interest organizations that support the rights of Internet users agree and further note that the safe harbor (which requires platforms to remove content promptly upon notice from a rightsholder) can incentivize removal in contravention of a user’s general right to engage in free expression and specific right to make fair use of copyrighted materials.

Not surprisingly, comments submitted in connection with the Section 512 study underscored the breadth and diversity of perspectives on the safe harbor’s efficacy.  For example:

In addition to expressing widely varying opinions on Section 512, the individuals and organizations that participated in the Study based their opinions on a wide variety of grounds. Some expressed policy positions in the abstract, focusing on the values we wish to incentivize in the copyright regime.  Others drew on standalone facts and figures derived from a range of sources, from revenue generated through exclusive licensing agreements, to rates of streaming media consumption, to private sector profit margins attributed to the growth of the Internet.

Unlike most of the other comments, the comment filed by the Cyberlaw Clinic on behalf of Adam Holland and Christopher Bavitz did not take a firm stance on the efficacy of Section 512 of the Copyright Act.  Rather, the Holland/Bavitz comment highlighted the need for complex policy determinations – like those involving liability and immunity of online platforms – to be based on data and evidence of the sort collected and shared by Lumen.  The comment underscored the value of transparency about takedowns in facilitating clear and manageable processes for all parties in the takedown regime and urged the Copyright Office to encourage further data-sharing to support any efforts to balance the interests of rightsholders, platforms, and users in this space.

The commenters’ interest in this issue stems from their roles in managing the Berkman Center’s Lumen project, which maintains the largest database of DMCA and other takedown notices on the Internet.  Lumen operates by aggregating notices that others have sent or received and then voluntarily shared with the project. Lumen accepts submissions from anyone, and it partners with major companies (e.g., Google, Twitter, WordPress, and Reddit) and others to collect large volumes of takedown notices submitted to them and share the text of each notice with researchers. Lumen offers access to its database to the public for free, and anyone may use the database to create refined data sets that shed light on how global takedown regimes (such as the Section 512 regime) are functioning.

In its comment, the Clinic contended that data such as that collected by Lumen should be the backbone for analysis of Section 512. Contrary to the views of some who have publicly challenged the importance of sharing data about takedown requests (including one former CEO of the Copyright Alliance, who famously testified before Congress that Lumen’s activities were “repugnant to the purposes of Section 512”), the commenters argued that robust collection, aggregation, and study of data is essential to the formulation of sound policy in general and is particularly crucial in the realm of Internet policy.  The commenters cited sources underscoring the importance of data-driven regulation alongside journal articles, studies, and news coverage that have put information from the Lumen database to good use in analyzing the takedown ecosystem.  Particularly useful in this context were theScience Magazine piece, “Better Data for a Better Internet,” co-authored by Berkman Center faculty directors John Palfrey and Jonathan Zittrain; the recent “Transparency Reporting Toolkit” co-authored by the Berkman Center’s Ryan Budish; and the extensive study, “Notice and Takedown in Everyday Practice,” conducted by Jennifer Urban, Joe Karaganis, and Brianna L. Schofield and based in part on data from the Lumen database.

The Clinic and the Lumen project express their appreciation to Harvard Law School students Shoshana Schoenfeld and Jonathan Luebbers, enrolled in the Clinic during the spring term 2016, who contributed significantly to the comment. We are hopeful that the Copyright Office will seize upon this moment of reflection about Section 512 to consider fostering a more robust data-sharing environment around DMCA notices and their role in the broader takedown ecosystem.

This post has been cross-posted on the Lumen blog and Cyberlaw Clinic blog. 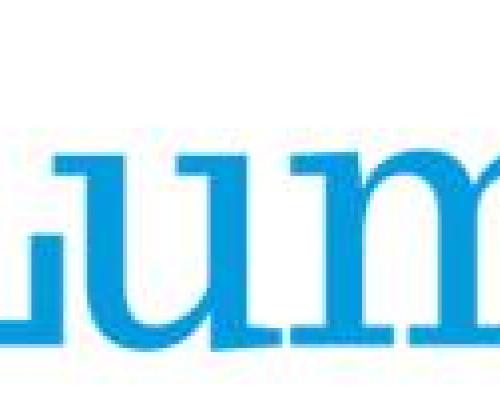