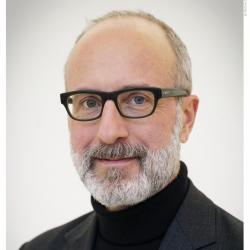 Juan Carlos De Martin is a Berkman Klein faculty associate and the faculty co-director and co-founder of the Nexa Center for Internet & Society at the Polytechnic of Turin, Italy, where he also serves as Vice Rector for Culture and Communication. In 2019 he co-curated (with Luca De Biase) the Festival della Tecnologia and in 2020 the first edition of the Biennale Tecnologia, two large interdisciplinary initiatives organized by the Polytecnic of Turin addressing the relationship between technology and society.
De Martin’s main ongoing research topic is the interplay between digital technologies and democracy, with a specific focus on digital power. Previously he worked on the future of university in the Internet age, a topic which he addressed in the book “Università Futura - Tra Democrazia e Bit” (in Italian, Codice Edizioni, 2017). In 2012 he edited, together with Melanie Dulong de Rosnay, “The Digital Public Domain: Foundations for an Open Culture” (OpenBookPublishers, UK). Both books are published under a Creative Commons license and are freely available online.
In 2013 he was appointed expert member of a study commission on Internet rights established by the President of Italy’s Chamber of Deputies; in 2015 the commission – which continued to operate until the end of the legislative session in 2018 – published a Declaration of Internet Rights.
Between 2003 and 2018 he was in charge (and Public Lead until 2012), together with prof. Marco Ricolfi, of the Creative Commons Italy project. Between 2007 and 2011 Juan Carlos De Martin was the coordinator of COMMUNIA, the European thematic network on the digital public domain. In the following years he coordinated (or partecipated in) several other EU-funded research projects and he often acted as reviewer for the European Commission.
In 2011 Dr De Martin was appointed Senior Visiting Researcher at Keio University (Keio Research Institute at SFC), a position he held until 2014.
Between 2007 and 2015 he was the president of the libraries of the Polytechnic of Turin, while between 2015 and 2018 he served as a member of the Academic Senate.
Before returning to Italy in 1998, Juan Carlos De Martin was a visiting researcher at the University of California at Santa Barbara (1993-1995). In 1996, after receiving a Ph.D. in Telecommunications at the Politecnico di Torino, he worked for two years in the corporate R&D laboratories of Texas Instruments Inc. in Dallas, Texas.
Juan Carlos De Martin serves as member of the Scientific Board of the Institute of the Italian Encyclopedia Treccani and of the Biennale Democrazia. He often acts as a commentator in Italian media. Juan Carlos De Martin is a member of the Institute of Electrical and Electronic Engineers (IEEE) and is the author, or co-author, of over 120 peer-reviewed conference papers, journal papers and book chapters. 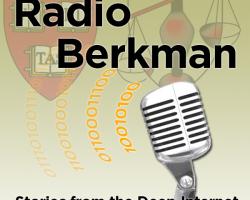 Juan Carlos de Martin readily admits that he is only the latest in a long line of thinkers to portend the end of the university as we know it. He almost gleefully cites Thomas… 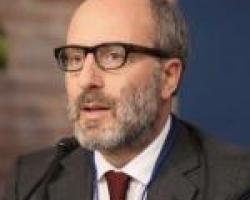 Five Global Challenges and the Role of University

Five global, complex, interrelated and to some extent unprecedented challenges: in the coming years what can universities do to support society in addressing them? 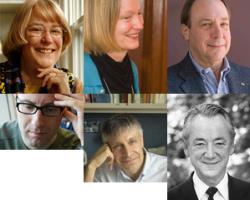 The Fate of Civic Education in a Connected World 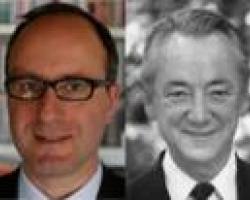 The Post-Humboldtian University: Re-thinking the University's Role in Society in the Network Age

Juan Carlos de Martin, Co-Founder and Co-Director of the NEXA Center for Internet & Society at Politecnico di Torino, will speak at the Berkman Center Luncheon Series: How should…