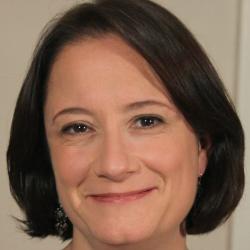 Dena T. Sacco is a Senior Researcher with the Youth and Media Project, currently focusing on policy issues related to the research on teens, parents and privacy that the Berkman Center is conducting in connection with the Pew Research Center.  Dena’s past youth and media work includes coordinating and editing the Kinder and Braver World Research Series, participating in the Youth and Media Policy Working Group Initiative, and co-directing the Internet Safety Technical Task Force.  Dena’s publications with these projects include “An Overview of State Anti-bullying and Other Relevant Laws,” “Sexting: Legal and Practical issues,” and “Enhancing Child Safety and Online Technologies: Final Report of the Internet Safety Technical Task Force.”

From 2007-2012, Dena was an Assistant Director and Clinical Instructor in the Berkman Center’s Cyberlaw Clinic, where she focused on child exploitation and youth online safety issues.  She has been a Lecturer on Law at Harvard Law School for several years, co-teaching the seminar “Child Exploitation, Pornography & the Internet” as well as teaching in the Graduate and First Year Legal Research and Writing programs.

The Born This Way Foundation has partnered with the John D. & Catherine T. MacArthur Foundation, The California Endowment and The Berkman Center at Harvard to explore the best… More

The Kinder & Braver World Project: Research Series (danah boyd and John Palfrey, editors), is presented by the Born This Way Foundation & the Berkman Center for Internet and… More 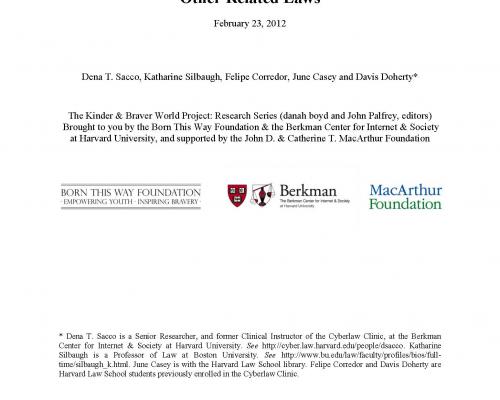 An Overview of State Anti-Bullying Legislation and Other Related Laws 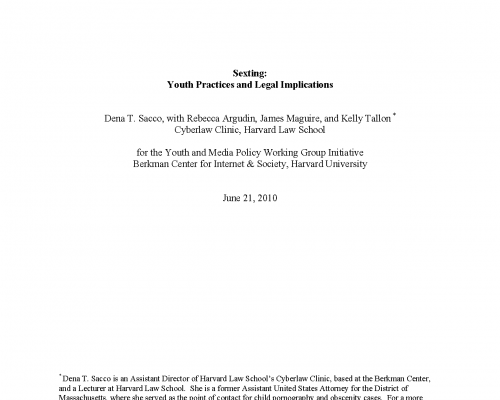 This document addresses legal and practical issues related to the practice colloquially known as sexting. It was created by Harvard Law School’s Cyberlaw Clinic, based at the… More 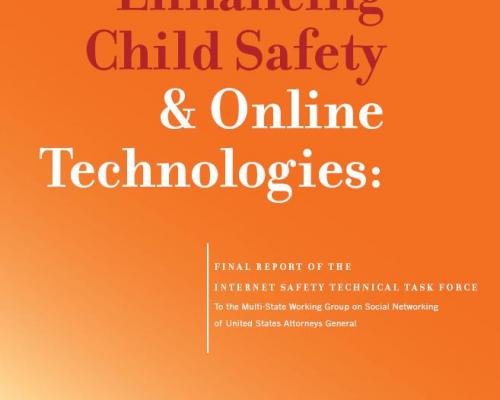 This seminar addresses the complex legal, technological, and social questions created by the increasing distribution of both child and adult pornography on the Internet over the… More

This course addresses the complex legal, technological, and social questions created by the increasing distribution of both child and adult pornography on the Internet over the… More

This course addresses the complex legal, technological, and social questions created by the rapidly increasing distribution of both child and adult pornography on the Internet… More

An Introduction to American Law - Fall 2007

An Introduction to American Law - Fall 2007

This course introduces students trained as lawyers outside of the United States to the U.S. legal system, helping to supplement and put into context what they learn in their other… More 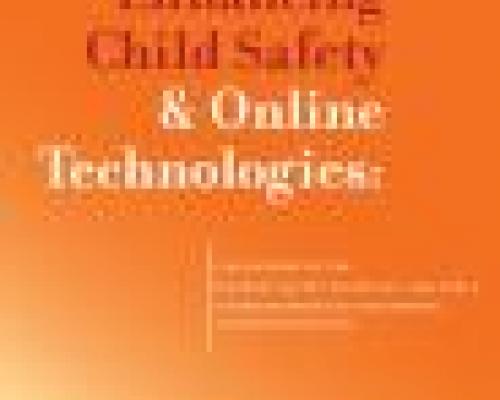