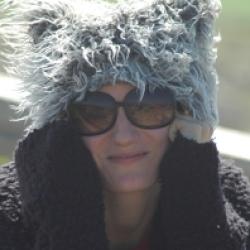 Dr. danah boyd is a Senior Researcher at Microsoft Research, a Research Assistant Professor in Media, Culture, and Communication at New York University, a Visting Researcher at Harvard Law School, and an Adjunct Associate Professor at the University of New South Wales. She received her doctorate in 2008 from the School of Information at the University of California-Berkeley (under Peter Lyman and Mimi Ito).

Dr. boyd's dissertation project Taken Out of Context: American Teen Sociality in Networked Publics analyzed how American youth use networked publics for sociable purposes. She examined the role that social network sites like MySpace and Facebook play in everyday teen interactions and social relations. She was interested in how mediated environments alter the structural conditions in which teens operate, forcing them to manage complex dynamics like interacting before invisible audiences, managing context collisions, and negotiating the convergence of public and private life. This work was funded by the MacArthur Foundation as part of a broader grant on digital youth and informal learning. The findings of the broader team are documented in a co-authored book: Hanging Out, Messing Around, and Geeking Out: Kids Living and Learning with New Media.

Her current work extends the work she did for her dissertation. She is currently examining how teenagers develop a sense of privacy in light of engagement in highly public online settings. She is also exploring the role of technology in teens' risky behaviors by looking at a range of practices that include sexting, bullying, self-harm, and teen relationship violence.

At the Berkman Center, Dr. boyd co-directed the Internet Safety Technical Task Force in 2008 with John Palfrey and Dena Sacco to work with companies and non-profits to identify potential technical solutions for keeping children safe online. This Task Force was formed by the U.S. Attorneys General and MySpace and is being organized by the Berkman Center. More recently, Dr. boyd co-directed the Youth Media and Policy Working Group with John Palfrey and Urs Gasser; this project was funded by the MacArthur Foundation from 2009-2011.

In 2011, Dr. boyd was selected as a Young Global Leader of the World Economic Forum; she is on the Social Media Global Agenda Council for the World Economic Forum. She is on the Electronic Privacy Information Center's board of advisors. In 2010, Dr. boyd won the CITASA Award for Public Sociology. The Financial Times dubbed Dr. boyd "The High Priestess of Internet Friendship" while Fortune Magazine identified her as the smartest academic in tech. She was identified as one of Technology Review's 2010 Young Innovators under 35 (TR35).

Previously, she was an associate fellow at Tilburg Institute for Law, Technology and Society and on the board of directors of the New Media Consortium. In 2008-2009, she was a Commissioner on the Knight Commission on Information Needs of Communities in a Democracy.

Dr. boyd received a bachelor's degree in computer science from Brown University (under Andy van Dam) and a master's degree in sociable media from MIT Media Lab (under Judith Donath). She has worked as an ethnographer and social media researcher for various corporations, including Intel, Tribe.net, Google, and Yahoo! She also created and managed a large online community for V-Day, a non-profit organization working to end violence against women and girls worldwide. She has advised numerous other companies, sits on corporate, education, conference, and non-profit advisory boards, and regularly speaks at a wide variety of conferences and events.

Dr. boyd has published dozens of articles in a wide range of scholarly venues, blogs at http://www.zephoria.org/thoughts/ and tweets at @zephoria

The Born This Way Foundation has partnered with the John D. & Catherine T. MacArthur Foundation, The California Endowment and The Berkman Center at Harvard to explore the best…

The Kinder & Braver World Project: Research Series (danah boyd and John Palfrey, editors), is presented by the Born This Way Foundation & the Berkman Center for Internet and… 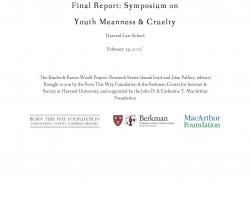 As part of the official launch of the Born This Way Foundation, The Symposium on Youth Meanness and Cruelty took place at Harvard Law School on February 29th, 2012. Generously… 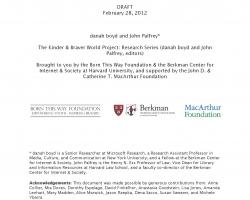 What You Must Know to Help Combat Youth Bullying, Meanness, and Cruelty

In order to empower youth to create a kinder and braver world, we must begin by making sure that youth are safe. Youth are not safe when they are being bullied, harassed, or…

How the COPPA, as Implemented, Is Misinterpreted by the Public: A Research Perspective

Statement to the United States Senate, Subcommittee on Consumer Protection, Product Safety, and Insurance of the Committee on Commerce, Science, and Transportation

Statement by danah boyd, Urs Gasser, and John Palfrey, urging consideration of the gap between the intentions of COPPA and how children and their parents perceive its… 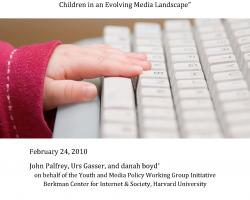 The response synthesizes current research and data on the media practices of youth, focusing on three main areas -- 1) Risky Behaviors and Online Safety, 2) Privacy, Publicity and… The Berkman Center is pleased to announce that it is collaborating with Lady Gaga, the John D. and Catherine T. MacArthur Foundation, and The California Endowment to launch the…

What is known about online youth safety? danah boyd releases the Youth and Media Policy Working Group Initiative's DRAFT literature review on the topic -- for public comment and…

From danah boyd's blog: "...John Palfrey, Urs Gasser, and I have been co-directing the Youth and Media Policy Working Group Initiative to investigate the role that policy can play… 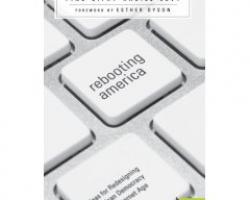 A look at the past week's online Berkman conversations.

How 13 Became the Internet’s Age of Adulthood

The inside story of COPPA, a law from the early days of e-commerce that is shaping a generation and creating a parental minefield

Social and Ethical Challenges of AI

danah boyd of Data & Society discusses how society could engage AI to reduce, rather than exacerbate, existing social challenges.

Social media — from blogs to wikis to tweets — have become academic media, new means by which scholars communicate, collaborate, and teach. Hear from a distinguished faculty panel… 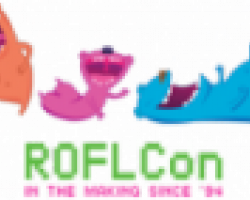 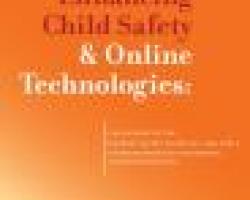 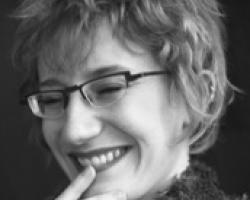