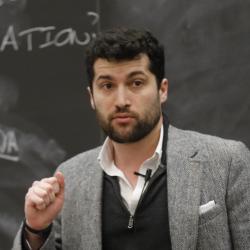 Alan Rozenshtein is a Visiting Assistant Professor at the University of Minnesota Law School.

Previously he taught as an adjunct professor at Georgetown University Law Center. From October 2014 to April 2017, he served as an attorney advisor in the Office of Law and Policy in the National Security Division of the U.S. Department of Justice, where his work focused on operational, legal, and policy issues relating to cybersecurity and foreign intelligence. From October 2016 to April 2017, he served as a special assistant United States attorney for the District of Maryland.

Government access to encrypted data is best conceptualized as a "wicked problem": one where the goals are unclear, the information is incomplete, and the solutions are always…