Professor Jonathan Zittrain discusses the social media giant’s ‘long year’ with Facebook's head of global policy management Monika Bickert. Citing his sense of the “pessimism and near-despair that permeate our feelings about social media,” Zittrain opened the conversation by recalling a September 2017 discussion in which he and Bickert looked at the rise of white nationalism and the first indications of how social media manipulation had been at play in the 2016 elections.

Jonathan Zittrain, the George Bemis Professor of International Law at Harvard Law School and the Harvard Kennedy School of Government, Professor of Computer Science at the Harvard School of Engineering and Applied Sciences, Vice Dean for Library and Information Resources at the Harvard Law School Library, and co-founder of the Berkman Klein Center for Internet & Society.  Jonathan's research interests include battles for control of digital property and content, cryptography, electronic privacy, the roles of intermediaries within Internet architecture, human computing, and the useful and unobtrusive deployment of technology in education. 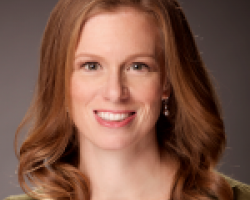 The Line Between Hate and Debate

As society figures out what is acceptable and what is harmful, can technology play a role in improving online debate?