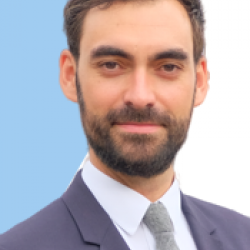 Paul Fehlinger is an international tech policy expert, multistakeholder diplomat and innovation ecosystem builder. He has a track record in catalyzing cooperation on cutting-edge digital regulation issues between leading stakeholders around the world. His comments on the future of the global digital economy have been featured by The Economist, New York Times, Fortune, Politico, Euronews, Slate or Die Zeit, as well as by the Council on Foreign Relations, Mary Meeker's Internet Trends Report, or Oxford University Press.

Paul is the Co-Founder of the Internet & Jurisdiction Policy Network, a global multistakeholder organisation engaging over 400 key entities in 70+ countries spanning governments, the world’s largest tech companies, international organisations, major civil society groups and top universities that he co-led from 2012-22. Paul is a frequent moderator or speaker in processes around the world, including in the past at the United Nations, OECD, EU, the G7 process, or the WTO. He has been appointed to advisory and expert groups by the Global Commission on Internet Governance, the Council of Europe, the Freedom Online Coalition or the World Economic Forum.

He is also a Senior Fellow at the Hertie School of Governance. Paul holds a Master of International Relations degree from Sciences Po Paris and was awarded a scholarship of the German National Merit Foundation (Studienstiftung). He was also a visiting researcher at the Max Planck Institute for the Study of Societies and holds a BA in European Studies from Maastricht University. He is fluent in English, German and French.