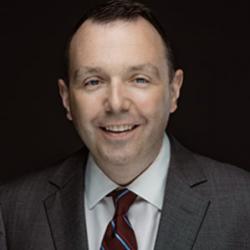 Neil Richards is one of the world’s leading experts in privacy law, information law, and freedom of expression. He writes, teaches, and lectures about the regulation of the technologies powered by human information that are revolutionizing our society. Professor Richards holds the Koch Distinguished Professorship at Washington University School of Law, where he co-directs the Cordell Institute for Policy in Medicine & Law. He is also an affiliate scholar with the Stanford Center for Internet and Society and the Yale Information Society Project, a Fellow at the Center for Democracy and Technology, and a consultant and expert in privacy cases. Professor Richards serves on the board of the Future of Privacy Forum and is a member of the American Law Institute. Professor Richards graduated in 1997 with graduate degrees in law and history from the University of Virginia, and served as a law clerk to both William H. Rehnquist, Chief Justice of the United States and Paul V. Niemeyer, United States Court of Appeals for the Fourth Circuit.

Professor Richards is the author of Intellectual Privacy (Oxford Press 2015). His many scholarly and popular writings on privacy and civil liberties have appeared in wide a variety of media, from the Harvard Law Review and the Yale Law Journal to The Guardian, WIRED, and Slate. His next book, Why Privacy Matters, will be published by Oxford Press in 2021.

Professor Richards regularly speaks about privacy, big data, technology, and civil liberties throughout the world, and also appears frequently in the media. At Washington University, he teaches courses on privacy, technology, free speech, and constitutional law, and is a past winner of the Washington University School of Law’s Professor of the Year award. He was born in England, educated in the United States, and lives with his family in St. Louis. He is an avid cyclist and a lifelong supporter of Liverpool Football Club.