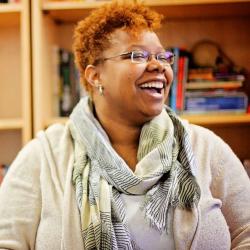 Kishonna Gray is an Associate Professor in Writing, Rhetoric, Digital Studies at the University of Kentucky. She is an interdisciplinary, intersectional, digital media scholar whose areas of research include identity, performance and online environments, embodied deviance, cultural production, video games, and Black Cyberfeminism.

Dr. Gray is the author of Intersectional Tech: Black Users in Digital Gaming (LSU Press, 2020). She is also the author of Race, Gender, & Deviance in Xbox Live (Routledge, 2014), and the co-editor of two volumes on culture and gaming: Feminism in Play (Palgrave-Macmillan, 2018) and Woke Gaming (University of Washington Press, 2018).  Dr. Gray has published in a variety of outlets across disciplines and has also featured in public outlets such as The Guardian, The Telegraph, and The New York Times.

For Black Folks, Digital Migration Is Nothing New

"Twitter changed leadership from one mercurial billionaire to another, and in that regard it affirms that the site was never 'ours'..."

Anxiety from social media around the anti-racism movement

Woke Gaming seeks to push readers to recognize persistent inequalities, as well as those who struggle for change within both our virtual worlds and in our everyday communities. 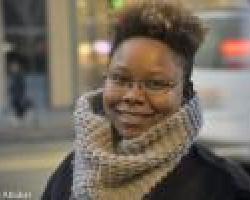