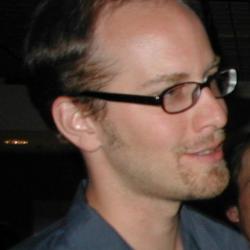 His most recent projects include the development and deployment of a global survey of educators to generate data and better understand the challenges and impacts of incorporating ICTs into school curriculum and a series of initiatives to enhance the economic competitiveness of Caribbean nations. His work has also led him to explore the role of social entrepreneurship in international development and how sports teams and professional athletes can become more engaged in solving major development challenges.

Kirkman is Associate Director of the Watson Institute for International Studies at Brown University.

Previously, he was the Managing Editor of the Global Information Technology Report 2001-2002: Readiness for the Networked World, jointly published by Harvard University and the World Economic Forum. From 2002 to 2003 he was Managing Director of the International Technologies Group at the Berkman Center, and from 1998 to 2002, he was the Founder and Managing Director of the Information Technologies Group at the Center for International Development at Harvard University (CID). In both places, his research centered on how ICTs can enhance greater social and economic development in the developing world. ITG was a pioneer and thought leader in the concept of Networked Readiness, and the group's work focused on helping developing countries to better prepare themselves to fully participate in and reap benefits from the Networked World. Kirkman successfully forged partnerships with private companies, international organizations, governments and NGOs to improve the real-world impact of his research, and his project portfolio included the Networked Readiness for Education project, the Harvard Dominican Initiative and the Andean Competitiveness Project. He has served as a consultant to the 2001 UNDP Human Development Report and the BBC's The World. Kirkman was a Visiting Research Scientist at the MIT Media Lab from 1999 to 2002 where he was one of the founding faculty of the Digital Nations research consortium.

Kirkman writes and speaks often on issues concerning ICTs and international development and his work has frequently been featured in the media. Some representative publications can be found here, some selected presentations here and some press clippings here.

He has professional experience in over 30 countries worldwide, with a particular emphasis on Latin America. Previously, Kirkman also worked for the World Bank in Mexico City and Washington, DC and the United States Information Agency in Spain.

Kirkman is founder and President of the Sports for Development Foundation, Inc., a not-for-profit organization that works with professional athletes from developing countries to focus their efforts on social and economic development issues in their countries of origin. He is an affiliate of the David Rockefeller Center for Latin American Studies at Harvard University and sits on the Human Resource Development and Capacity Building Working Group of the United Nations Information and Communications Technologies Task Force.

This project is the first global study offering multi-country analysis and data on Information and Communication Technology (ICT) used in schools in eleven participating countries.

The Information Technologies Group is a global thought leader in the area of ICTs and development. We endeavor to translate cutting edge thinking about how ICTs can improve…

Preliminary findings from a Pilot Project to Evaluate the Impact of Computers and the Internet on Learning in Eleven Developing Countries.

The Global Information Technology Report 2001-2002: Readiness for the Networked World

The Global Information Technology Report 2001-2002: Readiness for the Networked World provides the most comprehensive documentation to date of how ICTs are being used around the…