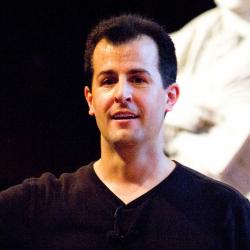 David J. Malan is Gordon McKay Professor of the Practice of Computer Science in the School of Engineering and Applied Sciences and a Member of the Faculty of Education in the Graduate School of Education at Harvard University. He received his A.B., S.M., and Ph.D. in Computer Science from the same in 1999, 2004, and 2007, respectively. He teaches Computer Science 50, otherwise known as CS50, which isHarvard University's largest course, Yale University's largest course, andedX's largest MOOC. He also teaches at Harvard Extension School andHarvard Summer School. All of his courses are available as OpenCourseWare.

Previously, Malan served as Chief Information Officer for Mindset Media. While in graduate school, he worked part-time for the Middlesex District Attorney's Office as a forensic investigator, after which he founded his own startup. On the side, he volunteered as an emergency medical technician (EMT-B) for MIT-EMS. He continues to volunteer as an EMT-B for the American Red Cross.

Malan's research in graduate school focused primarily on cybersecurity and digital forensics. His dissertation was entitled Rapid Detection of Botnets through Collaborative Networks of Peers. His more recentpublications focus on pedagogy and instructional technologies.