She was awarded the Edsger W. Dijkstra Prize in 2007 in recognition of some of her earliest work establishing the pillars on which every fault tolerant system has been built for a generation (Dwork, Lynch, and Stockmeyer, 1984).

Her contributions to cryptography include the launching of non-malleable cryptography, the subfield of modern cryptography that studies -- and remedies -- the failures of cryptographic protocols to compose securely (Dolev, Dwork, and Naor, 1991).  She is a co-inventor of the first public-key cryptosystem based on lattices, the current best bet for cryptographic constructions that will remain secure even against quantum computers (Ajtai and Dwork, 1997). More recently, Dwork spearheaded a successful effort to place privacy-preserving analysis of data on a firm mathematical foundation.  A cornerstone of this effort is the invention of Differential Privacy (Dwork, McSherry, Nissim, and Smith, 2006, Dwork 2006), now the subject of intense activity in across many disciplines and recipient of the Theory of Cryptography Conference 2016 Test-of-Time award. With its introduction into Apple's iOS 10 (2016) and Google's Chrome browser (2014), differential privacy is just now beginning to be deployed on a global scale.

Differentially private analyses enjoy a strong form of stability.  One consequence is statistical validity under adaptive (aka exploratory) data analysis, which is of great value even when privacy is not itself a concern (Dwork, Feldman, Hardt, Pitassi, Reingold, and Roth 2014, 2015a, 2015b).

Data, algorithms, and systems have biases embedded within them reflecting designers' explicit and implicit choices, historical biases, and societal priorities. They form, literally and inexorably, a codification of values.  Unfairness of algorithms -- for tasks ranging from advertising to recidivism prediction -- has recently attracted considerable attention in the popular press.  Anticipating these concerns, Dwork initiated a formal study of fairness in classification (Dwork, Hardt, Pitassi, Reingold, and Zemel, 2012).

Dwork is currently working in all of these last three areas (differential privacy, statistical validity in adaptive data analysis, and fairness in classification).

Ethics and the dawn of decision-making machines

Even a thoughtfully designed algorithm must make decisions based on inputs from a flawed, imperfect, unpredictable, idiosyncratic real world

Guaranteeing people’s confidentiality has become more of a challenge, but some scholars worry that the new system will impede research.

Fairness and Privacy: Perspectives of Law and Probability - Fall 2020

Professor Martha Minow, Professor Cynthia Dwork From old problems like affirmative action to newer ones like the… 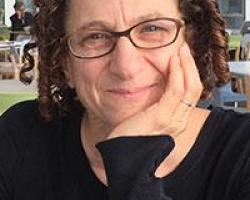 Skewed or Rescued?: The Emerging Theory of Algorithmic Fairness

A Public Lecture by Cynthia Dwork, the Gordon McKay Professor of Computer Science at the John A. Paulson School of Engineering and Applied Sciences at Harvard, the Radcliffe…