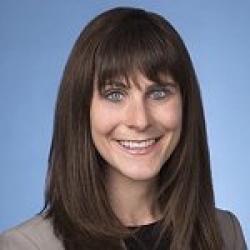 Alicia has been a proud member of the Berkman Klein community since 2011, when she began work as a research assistant for Professor Jonathan Zittrain before transitioning to project manager (Media Cloud with Professor Yochai Benkler; the Student Privacy Initiative and research on information quality with Executive Director Urs Gasser; and ad hoc networks with Professor Zittrain).  She continued her Berkman Klein connection through law school, assisting with projects regarding algorithmic accountability, AI governance, and digital privacy and security.

Alicia received her B.A. degree with Distinction in Communication and Political Science from Stanford University in June 2011, where she researched accountability in journalism, voter assessments of political campaigns, and the use of Internet technology in revolutionary movements. In her free time, she enjoys distance running, Ashtanga yoga, crossword puzzles, and ice cream. 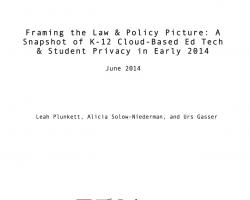 This paper provides a snapshot of key aspects of a diverse—and heated—law, policy, and implementation debate that is taking place in the rapidly evolving cloud-based ed tech…