The below case studies are part of an ongoing series developed in support of a larger text on interoperability by John Palfrey and Urs Gasser Interop: The Promise and Perils of Highly Interconnected Systems (Basic Books, June 2012).

The book is an extension of their 2007 study and paper, “Breaking Down Digital Barriers: When and How ICT Interoperability Drives Innovation” (Berkman Center Research Publication, 2007). Interop: The Promise and Perils of Highly Interconnected Systems focuses on the relationship between interoperability and innovation in the Information and Communication Technology (ICT) environment and beyond. Palfrey and Gasser seek to sharpen the definition of interoperability and identify its relevance for consumers, companies, governments, and the public by examining its driving forces and inhibitors, while considering how it can best be achieved, and why.

Authored by research assistants at the Berkman Center for Internet & Society in close collaboration with the authors, the series examines real-world examples where interoperability has played or continues to play a decisive role — in ICT and other sectors, including transportation, retail, and energy. Each case explores how forces such as law, policy, technology, economic incentives, and market innovations drive, or in some cases inhibit, interoperability, and what industry stakeholders seek to achieve via interoperability.

Some cases explore well-known innovations, such as the bar code and the UPC system, air traffic control, and the QWERTY keyboard layout. Others touch on more recent examples, including efforts to standardize cell phone chargers in the EU, the evolution of electronic data interchange systems, and digital rights management (DRM) systems. The nature of interoperability and its attendant challenges are also explored in less-traditional contexts, including commons-based knowledge creation models, which require large-scale collective efforts, and complex, next-generation models, like the Internet of Things, cloud computing, and the Smart Grid.

In early June 2012, Urs Gasser and John Palfrey released Interoperability: The Promise and Perils of Highly Interconnected Systems. The book is inspired by their 2005 study and… More

This paper maps out multiple dimensions of interoperability in the emerging digital identity management infrastructure, with a view to promoting openness in this infrastructure… More 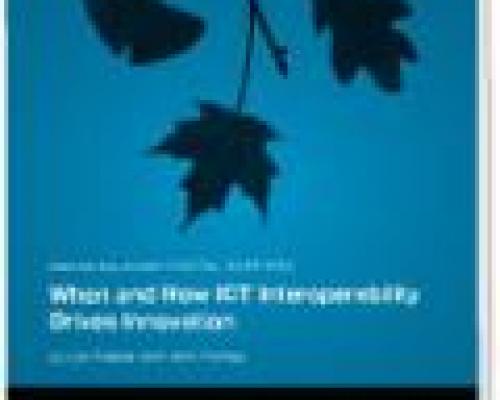 Breaking Down Digital Barriers: When and How ICT Interoperability Drives Innovation

In this study, we have done a deep-dive on three cases - DRM-protected music, Digital ID, and Mashups in the Web services context - as well as cursory reviews of other narratives… More