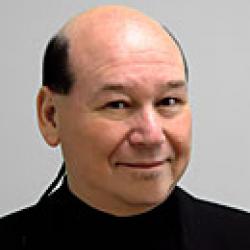 Paul Hoffert has the soul of an artist and the mind of a scientist.

Mr. Hoffert is CEO of Noank Media Inc., Faculty Fellow at Harvard University Law School, Fine Arts Professor at York University, Chair of the Bell Broadcast and New Media Fund, and Chair of the Guild of Canadian Film Composers. He is former President of the Academy of Canadian Cinema and Television, former Chair of the Ontario Arts Council, and a founder of the Canadian Independent Record Producers Association (CIRPA).

By the time he was twenty-six, Mr. Hoffert was an established jazz recording artist, television performer, off-Broadway musical author, film composer, and had studied mathematics and physics at the University of Toronto. That year (1969) he co-founded Lighthouse, a rock band with horns and strings that sold millions of records, toured the world and earned three Juno Awards as Canada’s # 1 pop band (1971-1973). He was inducted into the Canadian Rock and Roll Hall of Fame in 1995.

Hoffert has parallel achievements in science and technology. He was a researcher at the National Research Council of Canada in the early 1970s and in 1992, he founded CulTech Research Centre at York University, where he developed advanced new media such as video telephones and networked distribution of CD-ROMs. From 1994 to 1999, he directed Intercom Ontario, a $100 million trial of the world's first broadband-connected community that landed him on the cover of the Financial Post and in the Wall Street Journal.

He presents his recipes for thriving in the Information Age in his best-selling books: “The New Client," "All Together Now," and "The Bagel Effect." In 2001 he received the Pixel award as the new media industry’s “Visionary of the Year.”

In 2005, Hoffert received the Order of Canada, Canada’s highest honour.

Hoffert is known for expecting the unexpected. The Financial Post described him as one of the New Mandarins along with Bill Gates and The Toronto Star says “Paul Hoffert is the ideal visionary for the Digital Age.” His incisive thinking brings clarity to complex issues and his lively presentations make him a favorite with audiences everywhere. (see www.paulhoffert.ca)