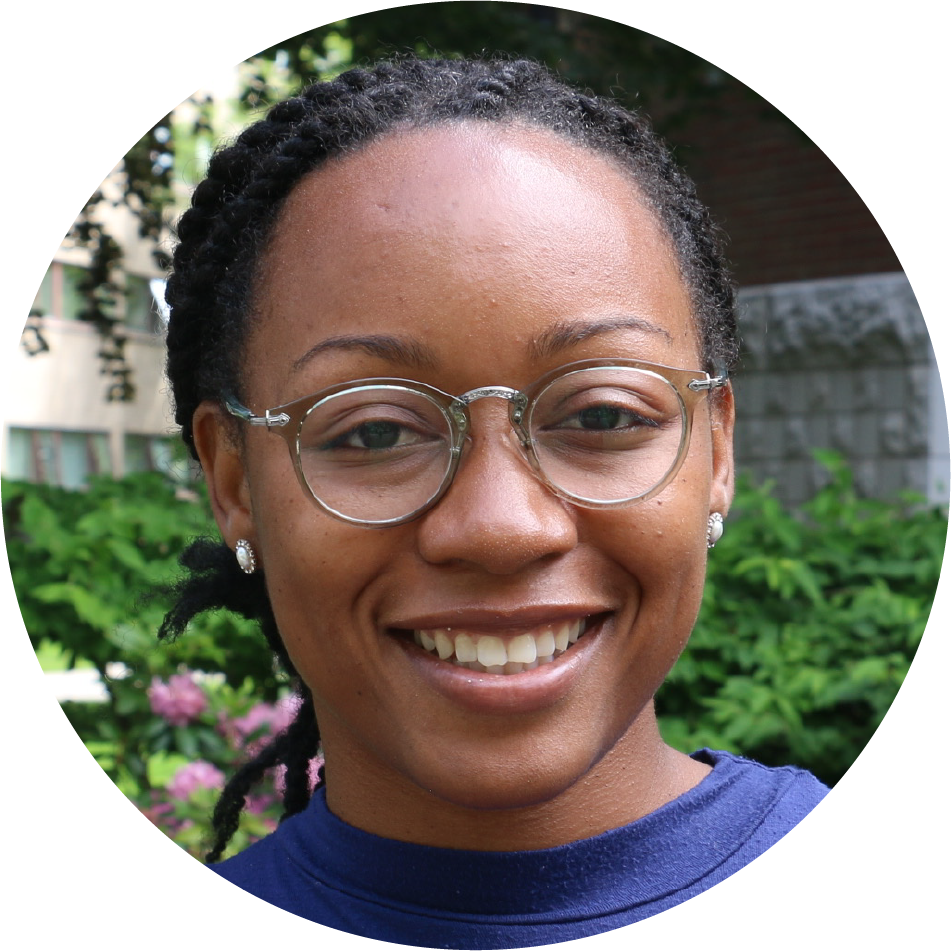 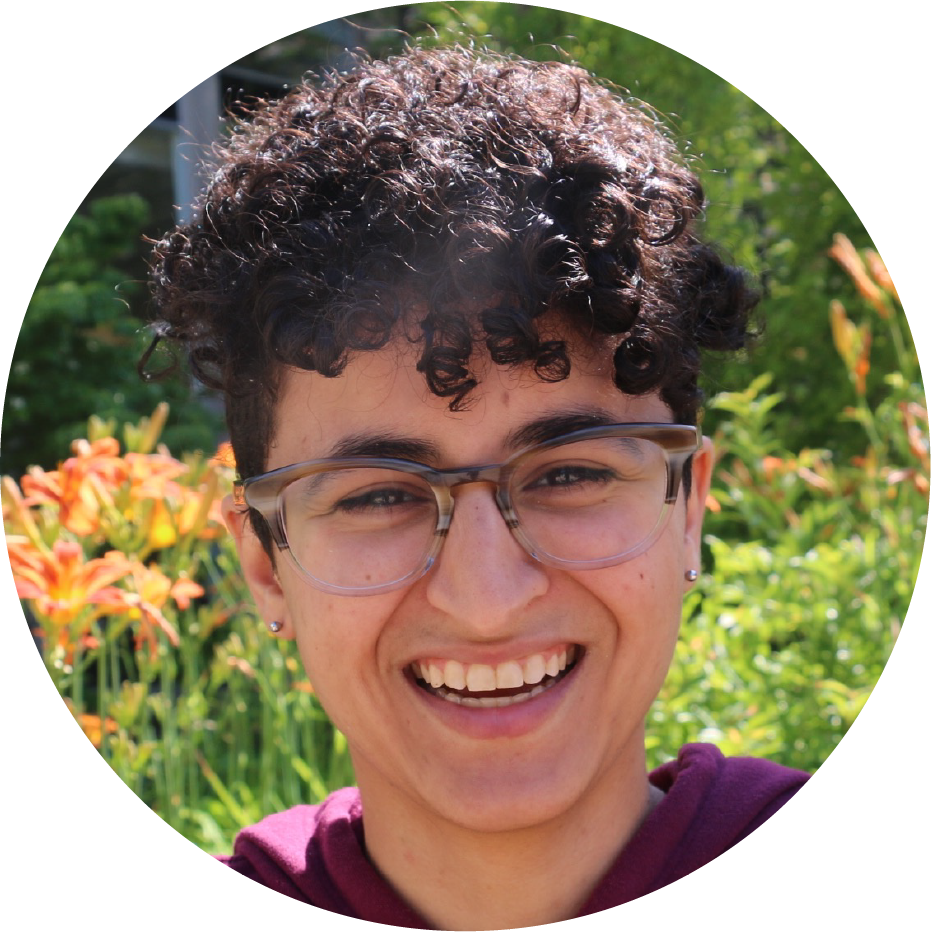 Jasmine McNealy is an assistant professor in the Department of Telecommunication, in the College of Journalism and Communications at the University of Florida, where she studies information, communication, and technology with a view toward influencing law and policy. Her research focuses on privacy, online media, and communities. She is also an incoming Fellow, and was profiled by Aniqah Mair and Brooklyne Gipson, two interns at the Berkman Klein Center.

While she sees issues in academia, Jasmine McNealy believes that universities offer huge possibilities for regions and communities. She enjoys the different avenues of learning and creating knowledge that are available. This belief, along with the autonomy that universities offer and her love of learning and discovery, is what drew her to academia.

As a Fellow at the Berkman Klein Center, McNealy is researching surveillance literacy, anti-surveillance tactics, and advocacy in marginalized groups.

As a Fellow at the Berkman Klein Center, McNealy is researching surveillance literacy, anti-surveillance tactics, and advocacy in marginalized groups. McNealy believes that multidisciplinary studies are necessary for innovation and is excited for the opportunity to collaborate with the variety of people who work at the Berkman Klein Center and to think deeply about her research and the research of others.

McNealy’s interests span law, communication, and journalism, which she feels are all connected to each other and to surveillance. She calls herself a “scholar of the disposition of information” and wonders about the implications of what individuals and organizations are doing with our information. To her, this is all related to power, which includes access, ownership, and rights and privileges related to information. She questions what it means when emerging technologies impact the existing landscape, the role of social media, and how law policy needs to reflect that or change the disposition of information.

People of color are coming together to protect themselves in the realms of privacy and surveillance.

Until a few years ago, McNealy was more focused on law. She says that thinking about the law as universal can neutralize other intersections as they relate to people. While working in the communication, media law, and information law space, McNealy was thinking about it from the perspective of a “reasonable” or “average” person instead of relating to what the law meant for a woman of color or other people from marginalized groups. However, she asserts that there is no average person — gender, race, sexuality, and class also matter, but in academia she was taught to ignore these very real structures.

Now that McNealy’s begun to talk more about race, community, and culture, she’s found that some people are uncomfortable or unfamiliar with these conversations and step back from them. However, when it comes to legal topics such as the First Amendment, McNealy says that it’s important to understand that while hateful speech is protected by the First Amendment, we should be thinking about the ramifications this speech has for the people that it’s about.

McNealy has been involved in conversations surrounding privacy and surveillance on Twitter for a while, and recently started noticing changes in the surveillance advocacy landscape. Alongside mainstream groups such as the Electronic Frontier Foundation (EFF), the Electronic Privacy Information Center (EPIC), and the Center for Democracy and Technology (CDT), groups that were more community-oriented and specifically targeted people of color and other marginalized groups began to emerge.

These groups made sure that local ordinances were being passed that related to how law enforcement used different kinds of technologies, ensured that local administrators paid attention to privacy and surveillance issues such as the militarization of police, and also did the work of educating individuals within their communities. They held crypto parties and information literacy events, teaching people what privacy means and how to get started.

According to McNealy, activism is a way that people who are facing a power deficit can get some power back. She says that mainstream advocacy groups often fail to realize that there are cultural, racial, gender, sexuality, and class issues in connection to privacy and security that often go unaddressed. She explains that people say “if only people would just use their computer correctly,” not realizing that it may be somebody’s first computer or first time accessing the Internet, that they may only use their mobile phone, or other issues that disproportionally affect people of color and people from marginalized groups.

McNealy thought it was interesting that people of color were coming together to protect themselves in the realm of privacy and surveillance specifically, and that they’re often connected to larger ideas of giving technology and Internet access to people of color. As well, she was surprised at the sheer number of these groups, including CryptoHarlem in New York City, Lucy Parsons Labs in Chicago, Oakland Privacy, and many more. By creating groups to advocate for themselves and their needs, McNealy says that people of color and people from marginalized groups are able to meet their communities where they’re at, and make sure that they’re recognized for themselves.

However, McNealy emphasizes that there are many ways that people of color have developed anti-surveillance techniques, including by speaking different languages and dialects. Speaking about Black people in particular, McNealy describes how they have dealt with surveillance power structures by passing down myths about people listening in on phone calls and referencing law enforcement surveillance in hip hop music.

Brooklyne is a third year PhD student at USC’s Annenberg School for Communication and Journalism. She completed undergrad at UCLA, where she studied History and Afro-American studies. Originally from Inglewood, California, Brooklyne's research centers on how marginalized groups engage in civic discourse online. During the summer of 2018, Brooklyne worked with the Digital Communication, Politics, and Collective Action team.

Aniqah is a computer science major and sociology minor in their final year of undergrad at Queen's University in Kingston, Canada. Aniqah is originally from Toronto and of Jamaican and Indian descent. During the summer of 2018, Aniqah worked on the Berklett Cybersecurity project.