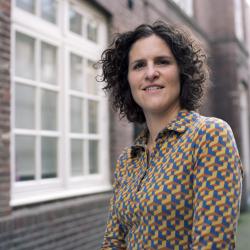 Stefania Milan is Associate Professor of New Media and Digital Culture at the Department of Media Studies, University of Amsterdam. Her work explores the interplay between digital technology, activism and governance.

Stefania is the Principal Investigator of DATACTIVE, a project financed by the European Research Council exploring data- and algorithmic-mediated forms of political participation (data-activism.net). She is also the Project Leader of “Citizenship and standard-setting in digital networks”, funded by the Dutch Research Council, and co-Principal Investigator in the Marie Curie Innovative Training Network “Early language development in the digital age” (e-ladda.eu). In 2018-20 she directed the Algorithms Exposed (ALEX) project (algorithms.exposed), tasked with developing open source software tools for auditing personalization algorithms on social media and online shopping platforms. In 2017, she co-founded the Big Data from the South Research Initiative, a network of academics and practitioners critically investigating the impact of datafication and surveillance on communities at the margins.

Stefania holds a PhD in Political and Social Science from the European University Institute. Prior to joining the University of Amsterdam, she worked at, among others, the Citizen Lab at the University of Toronto and the Central European University. Stefania is the author of Social Movements and Their Technologies: Wiring Social Change (Palgrave Macmillan, 2013/2016) and co-author of Media/Society (Sage, 2011). She enjoys experimenting with digital and action-oriented research methods and finding ways to bridge research with policy and action.

Outside office hours, she loves mountaineering, boxing and cycling. 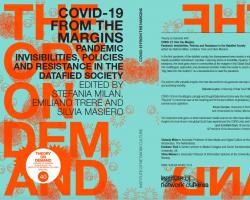 COVID-19 from the Margins

Video & Podcast: Exploring the pandemic from the perspective of communities and individuals at the margins in the Global South and beyond