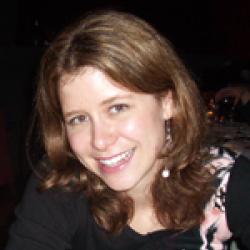 In 2005-2006 Susie was a research fellow at the Berkman Center, where she worked on the Digital Media Project.  Her research interests include communications law, mass media law, and the impact of the transition from analog to digital media on artists, consumers, and the media industries.

At the Berkman Center, Susie organized a conference on May 12-13, 2006 at Harvard Law School entitled, Beyond Broadcast: the Future of Public Media in a Participatory Culture. She is co-founder of the Digital Media in Asia project, and she co-ordinated the Harvard-Yale Cyberscholar Working Group. Susie also worked with Gartner|G2 researching digital media issues, particularly Internet video services. In the past year, Susie has been involved in designing curriculum for the Berkman Center’s trustworthy computing teaching module, contributing to Open ePolicy Group's Roadmap for Open ICT Ecosystems, and in spring 2005 worked as a teaching fellow with Urs Gasser and John Palfrey in their course Internet and Society: the Technologies and Politics of Control at the Harvard Extension School.

Before joining the Berkman Center, Susie clerked for the Court of Appeal for Ontario in Toronto, worked as a policy analyst in the English-language Radio-Television Policy Group at the Canadian Radio-television Telecommunications Commission in Ottawa, and worked on the morning news show, Breakfast Television at Citytv in Toronto. Susie is admitted to the Ontario bar. She is a Fulbright Scholar and holds an LL.M. from Harvard Law School, an LL.B. from Queen’s University in Kingston, Canada, and an Honours B.A. from the University of British Columbia, Canada. 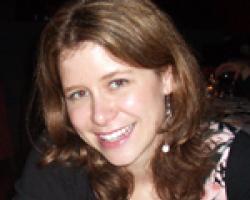