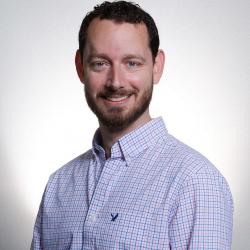 Ryan Merkley is the Managing Director of Aspen Digital, a program of the Aspen Institute focused on internet, technology, and media. Ryan first joined the Aspen Institute as Director of the Commission on Information Disorder, which released its report in November, 2021. Prior to joining Aspen, he was most recently Chief of Staff at the Wikimedia Foundation, focusing on operations and strategy, including the organization’s defense and response to disinformation, and its 10-year strategy.

He is board member with the non-profit VotingWorks and the Flickr Foundation. Previously, Ryan served for five years as Chief Executive Officer at Creative Commons, was Chief Operating Officer of Mozilla, served as Director of Corporate Communications for the City of Vancouver for the 2010 Winter Games, and was a Senior Advisor to Mayor David Miller in Toronto, where he led the Mayor’s budget policy and initiated Toronto’s Open Data project.

BKC affiliate Ryan Merkley on the importance of reliable access to knowledge when making important choices: