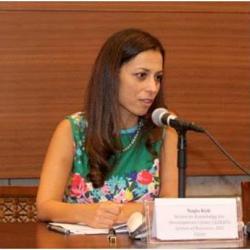 Nagla Rizk is Professor of Economics and founding director of the Access to Knowledge for Development Center (A2K4D) at School of Business of the American University in Cairo (AUC). Her research and teaching focus on the economics of knowledge and knowledge governance, technology, data, artificial intelligence and human development in the Global South.

Rizk is member of the Steering Committee of the Open African Innovation Research Partnership (Open AIR), where she currently leads research on alternate metrics of innovation in Africa. This year, she published the working paper, “Towards An Alternative Assessment of Innovation in Africa”. She also wrote a book chapter, “Egypt's Independent Music Industry: A Realm of Sharing and Creativity,” which is featured in the Research Handbook on Intellectual Property and Creative Industries, from Edward Elgar Publishing. She is engaged in research on gender in the sharing economy, focusing on female drivers’ experience with ride sharing in Egypt, part of which is featured as a book chapter titled “A Gendered Analysis of Ride Sharing: Perspectives from Cairo, Egypt” featured in Urban Transport in the Sharing Economy Era- Collaborative Cities, published by the Center for the Implementation of Public Policies Promoting Equity and Growth (CIPPEC) based in Buenos Aries, Argentina. This builds on her earlier research on Uber drivers in Egypt.

Rizk also leads research at A2K4D on open data and development in the Middle East and North Africa (MENA). In 2017, the Center launched a Solar Data Platform (https://solardataegypt.info/), an open database for solar sector data in Egypt, followed by the launch of a MENA Data Platform (https://www.menadata.net/public/) this year. The Platform is an online, open-source web portal for data and research on projects relating to transportation, renewable energy, gender, urban planning, health, education and data skills. Under Rizk’s direction, A2K4D is the Open Data for Development (OD4D) node for the MENA region. OD4D is a global network that looks to scale innovation, strengthen initiatives and facilitate coordination between actors and projects working in open data.

Rizk led a research partnership with the Berkman Klein Center for Internet and Society from 2012-2016, which aimed to assess the networked public sphere’s impact on civic engagement and democratic transitions in the Arab world. Project outputs from this partnership are available at Arabnps.org.

She is currently preparing for research on AI and development in the MENA region and working on book chapter titled “Artificial Intelligence and Inequality in the Middle East: The Political Economy of Inclusion”. Rizk participated in the keynote panel at the AI and Inclusion Symposium, held in November 2017, in Rio De Janeiro hosted by the Institute for Technology and Society on behalf of the Network of Internet and Society Centers (NoC). She also participated as a panelist on the session titled “Data for Good” at the Artificial Intelligence for Good Summit in Geneva.

In addition to being faculty associate at Berkman Klein Center for Internet and Society, Rizk is an affiliated faculty of Harvard Law School's CopyrightX course, which she is teaching at AUC for the sixth time in Spring 2019. She is also an affiliated fellow of the Information Society Project at Yale Law School, associate member of the Centre for Law, Technology and Society at the University of Ottawa, and member of the Executive Committee of the International Economic Association. She wrote the National Strategy for “Free and Open Source Software in Egypt”, served as member of the Ministerial Committee on Right to Information law, and is currently member of the Academy of Scientific Research and Technology’s Committee on Alternative Innovation Assessment in Egypt. 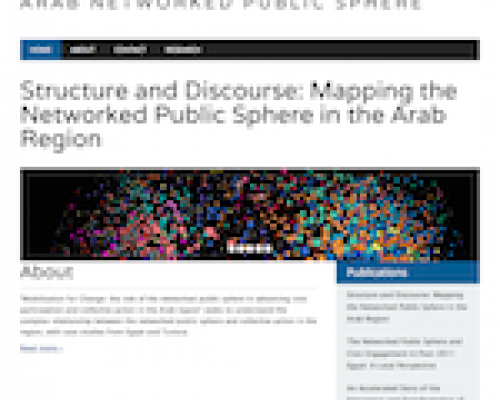 “Mobilization for Change” is a series of reports examining the role of the networked public sphere in advancing civic participation and collective action in the Arab region. More 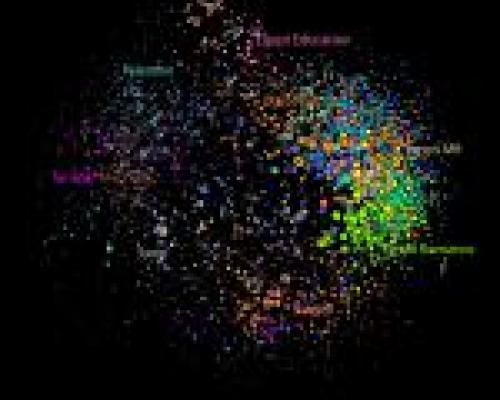 Join us for a round-table discussion on the networked public sphere and social mobilization post-revolutions in the Arab world. More