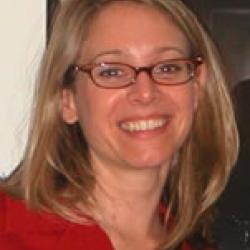 Inspired by challenges set out by Lawrence Lessig in his original Code Is Law book, Mary began the Net Dialogue project to examine the intersection of law and technology in international Net governance.

Mary shares the belief that governance in the Information Society should support subsidiarity (i.e. governance at the most local level practicable), checks and balances, the separation of powers, and human rights (including privacy, freedom of expression, freedom of association, and the right to hold beliefs freely).

As a working model of what international agencies themselves might do to promote transparency and public comment, Mary started the Net Dialogue site. The site summarizes dozens of treaties and guidelines forged to deal with traditional areas of governance, only now at the international level - for the Net!

Mary sees these international rules as pointing to a global framework for regulating the Net. If you’re interested, see her paper Beyond Internet Governance: The Emerging International Framework for Governing the Networked World.

Among other inputs submitted for UN discussions on Internet governance, Mary wrote Net Dialogue Perspectives on International Net Governance with Lessig and John Palfrey as an article for Digital Reach (the official publication of the World Summit on the Information Society).

Mary has been studying digital identity management as a case study in the intersection of law and technology at the international level. As a point of departure, she has worked with people involved in the drafting of treaties and guidelines to highlight the primary purpose of provisions. (See Identity Management as a Cybersecurity Case Study, co-authored with Ben Laurie.) She has also been asking computer scientists and legal experts in personal data protection if the computer code giving effect to these provisions can be tweaked – with the goal of curbing power and protecting liberties – while still allowing the rules to have their intended impact. (See International Personal Data Protections and Digital Identity Management Tools, a position paper submitted to the W3C, and slides on using icons to express user preferences, presented at a workshop during the first meeting of the Internet Governance Forum.) She is also working with experts to assess how the market may or may not naturally adopt these technological protections. (See Interoperability in the New Digital Identity Infrastructure, co-authored with Paul Trevithick.) Finally, for the technological features that could bolster liberties and check power, but that the market will not likely adopt on its own, she is working with experts in international policymaking to explore how legal protections can fill the gaps. (See, e.g., a study entitled, "Ethical Implications of Emerging Technologies: A Survey, which Mary co-produced for UNESCO. This study is helping to shape a draft Code of Ethics for the Information Society, an initiative by UNESCO under its mandate from the World Summit on the Information Society.)

Prior to this work Mary served as a Legal Affairs Officer for the World Trade Organization in Geneva, Switzerland, where her work concentrated on developing-country issues, regional trade agreements, financial crisis mitigation, and trade-related investment measures. Mary studied Asian Studies as an undergraduate at the University of Virginia and did graduate work in Foreign Service and Law at Georgetown University. While in Washington, DC, she also worked with non-profits, business, and government in positions dealing with human rights, international economic policy, and foreign affairs. Mary is a member of the New York State Bar.

The Net Dialogue project strives to encourage greater public access to Net-related rulemaking by intergovernmental organizations, and to engage technologists and policymakers in…

This paper maps out multiple dimensions of interoperability in the emerging digital identity management infrastructure, with a view to promoting openness in this infrastructure…

International guidelines establish principles for the treatment of personal data. Might digital identity management tools simultaneously allow the interests of government, the…

Beyond Internet Governance: The Emerging International Framework for Governing the Networked World

In our increasingly networked world, information relating to an individual is of interest for its commercial value and for its potential to help promote a safe electronic realm,…

NetDialogue: A Mechanism to Promote Transparency and Public Dialogue in International Net Governance

In WGIG terms, the Net Dialogue website introduced here is a tool to shed light on how international organizations are dealing with the issue of “applicable jurisdiction and cross…