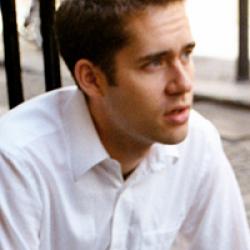 Mike Ananny is an Assistant Professor at USC’s Annenberg School for Communication and Journalism where he researches the public significance of systems for networked journalism. Specifically, he studies how institutional, social, technological, and normative forces both shape and reflect the design of the online press and a public right to hear. He is also a Faculty Associate with Harvard’s Berkman Center for Internet & Society, holds a PhD from Stanford University’s Department of Communication (advised by Theodore Glasser), a Masters from the MIT Media Laboratory (Gesture & Narrative Language and Tangible Media groups), and a Bachelors from the University of Toronto (double major in Computer Science and Human Biology).

He was a founding member of the research staff at Media Lab Europe, a founding member of Expresto Software Corp, and a Postdoctoral Researcher at Microsoft Research’s Social Media Collective. He has held fellowships and scholarships with Harvard’s Berkman Center for Internet & Society, Stanford’s Center on Philanthropy and Civil Society, the Pierre Elliott Trudeau Foundation, the LEGO Corporation, Interval Research, and has worked or consulted with LEGO, Mattel and Nortel Networks, helping to generate research concepts and prototypes for new product lines and services.

Ananny has led several public-private learning and design partnerships with the BBC, University of Tampere, Amsterdam Computer Clubhouse, Loyalist College Canada, The Ark Children’s Cultural Centre. He was principal investigator on European Union grant proposals and has licensed his custom software to Trinity College Dublin for classroom use. He has a background in new media and technology design, creating both technological toys for children’s language acquisition as well as large-scale, interactive projections in Dublin, Northern Ireland and Amsterdam for people to communicate publicly through SMS text messaging.

He has published in a variety of journals, edited volumes, and conferences, including Critical Studies in Media Communication, International Journal of Communication, American Behavioral Scientist, Television & New Media, the Handbook of Research on Urban Informatics, and the Association for Computing Machinery’s conferences on Computer-Human Interaction and Computer Supported Collaborative Learning. He is currently writing a book on the public right to hear in networked journalism.

On a personal note, Mike grew up on various Canadian air force bases, has a background and ongoing interest in toy design, and is always on the verge of getting a dog. 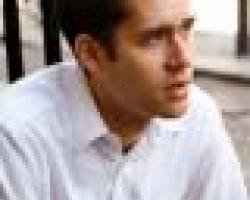