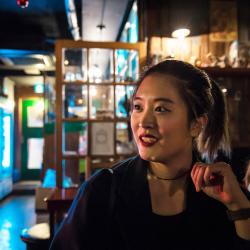 Levin Kim conducts research at the Berkman Klein Center for Internet & Society alongside the Ethics and Governance of Artificial Intelligence Initiative, focusing primarily on the Diversity and Inclusion track.  Previously they were a Berktern with the Youth and Media team working on issues in AI & inclusion and the digital economy.

They are particularly interested in exploring the intersections of gender, technology, and (creative) labor through a variety of practices, including academic research, design, and theater. They hold a B.A. in Women’s Studies and a B.A. in Drama with minors in computer science and art/design from the University of Michigan, where they served as the Managing Video Editor for the Michigan Daily; they also gained experience working as an Emerging Technologies (VR/AR) consultant and a UI/UX designer with various startups in Ann Arbor through the Desai Accelerator.

Levin loves collaborative work and is interested by how different fields (such as technology and theater) influence each other, and hopes to continue being engaged in such interdisciplinary work! They love cooking, devising performances with friends, attempting to follow along in dance classes, and being an aunt to an adorable 2-year-old pitbull named Luna. 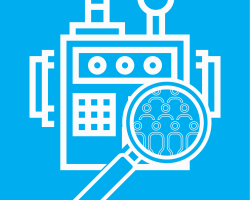 en Français Artificial intelligence (“AI”) is changing the world before our eyes. The promise of AI to improve our lives is…