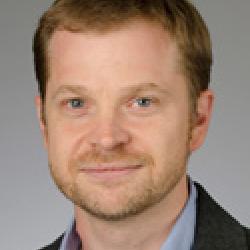 Jeffrey R. Young is an editor and writer for The Chronicle of Higher Education, where he leads the paper's coverage of technology and its impact on teaching, research, and student life. He is also an adjunct professor of journalism at the University of Maryland at College Park, teaching a course on multimedia storytelling.

Young has written for national publications including The New York Times, New Scientist, and The Wall Street Journal. An article he wrote was selected for the anthology The Best of Technology Writing 2007.

At The Chronicle, Young leads a team of three reporters, and also writes a monthly news-analysis column called College 2.0 about how technology is changing campuses. He also contributes to and oversees content for the Wired Campus blog, and is co-host of the monthly Tech Therapy podcast.

He joined The Chronicle in 1995, and has previously led the paper’s Students section, focusing on issues of college admissions and student life. In 2007, Young took a yearlong break from writing to become The Chronicle’s first Web editor, helping start blogs, podcasts, and multimedia features.

Young is a frequent speaker on issues of education and technology, having given talks at the South-by-Southwest Interactive conference, at education events, and on campuses. He received a bachelor’s degree in English from Princeton University in 1995 and a master’s in communication, culture, and technology from Georgetown University in 2001.

This week we are featuring our first installation of a series of interviews showcasing individuals in the 2013-2014 Berkman community. Conducted by our 2013 summer Berkterns, the…