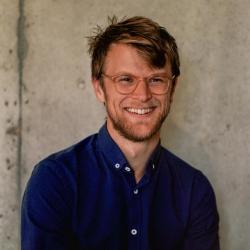 Dr Jonnie Penn, FRSA, is an educator, broadcaster, and public speaker who theorizes the social implications of information technologies. Penn is an Associate Teaching Professor at the University of Cambridge. He is an Affiliate at the Berkman Klein Center at Harvard University, a #1 New York Times bestselling author, a Research Fellow at St. Edmund’s College, and an Associate Fellow at the Leverhulme Centre for the Future of Intelligence. He’s held prior fellowships at MIT, Google, and the British National Academy of Writing. He writes and speaks widely about the emerging technologies, the "Future of Work," youth and AI, data governance, and the ironies of automation.

As an expert speaker, Jonnie has presented research to the United Nations, European Parliament, UK House of Lords, and to various NGOs and corporations. His doctoral research explored the deep historical relationships between notions of efficiency and authority in the history and philosophy of computer science, artificial intelligence, and management science. Penn questions overlap between systems theory, complex science, and technocracy, especially within the AI Ethics. At Harvard, he co-developed WeClock (http://weclock.it), a participatory action research toolset used to monitor wage-theft.

As a Research Associate in the History and Philosophy of Science Department at the University of Cambridge, he led a Mellon Foundation Sawyer Seminar entitled "Histories of Artificial Intelligence: A Genealogy of Power." In this project, and as Project Development Lead of the "Histories of AI" initiative at the Leverhulme Centre for the Future of Intelligence, he connects a network of hundreds of scholars around the globe who articulate the social, political, and economic ramifications of "intelligent" systems. Jonnie has co-chaired workshops at leading academic conferences, including HSS, SHOT, NeurIPS, ICML, and ICLR. He holds degrees from the University of Cambridge (First Class Honours) and McGill University.

As a teenager, Jonnie founded a grassroots project to ask, “What do you want to do before you die?” After the death of a friend, he and his brother, along with two friends, hit the road to accomplish a list of 100 things to do before you die and to help a stranger accomplish a dream each time they checked one off. The project snowballed to encompass an award winning documentary TV series, a speaking series on mental health, and a popular online student community. President Obama and Oprah Winfrey endorsed the project, which takes the name "The Buried Life" from a nineteenth century poem by Matthew Arnold about the struggles to find purpose in modernity.

Algorithmic Silence: A Call to Decomputerize

Jonnie Penn writes that tech critics should be wary of naturalizing a dependency on digital tools.

On Data Ecologies and Sacred Data

Report highlights tools that can boost union outreach to members