Jeff is the Director of the Digital Media Law Project. He received his J.D. degree from Harvard Law School in 1997. Prior to joining the Berkman Center, Jeff assisted a wide array of clients in First Amendment, media, intellectual property and Internet law issues as a partner in the litigation practice of Brown Rudnick LLP and later as counsel to Hermes, Netburn, O'Connor & Spearing, P.C. in Boston. Over the last fourteen years, Jeff has represented an international media network and its subsidiaries, major metropolitan newspapers, local broadcasters on television and radio, Internet-based publishers and social media networks. He has written for numerous publications and spoken at a wide array of events on media law issues, including extensive collaboration with the Media Law Resource Center. Jeff received his undergraduate degree, summa cum laude, from Princeton University in 1994. 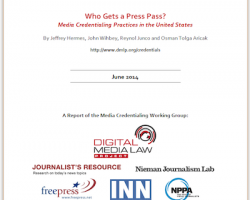 Who Gets a Press Pass?

This study, the first of its kind to perform a quantitative examination of media credentialing in the United States, surveys the experience of journalists throughout the country… 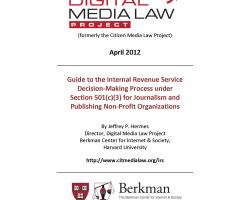 Until and unless there is action in Congress to facilitate tax exemptions for journalism non-profits, news organizations seeking 501(c)(3) status must learn how to structure their… 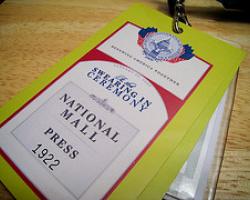 The Digital Media Law Project at Harvard University’s Berkman Center for Internet & Society, together with the Investigative News Network, the National Press Photographers… 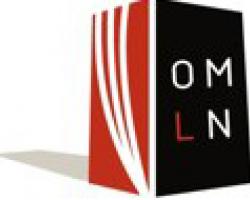 The staff of the Online Media Legal Network (OMLN) will discuss the history and growth of the project, the accumulated data regarding the nature and geographic distribution of…