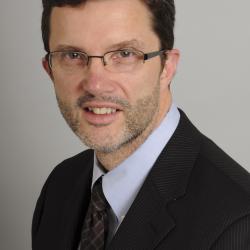 Felix Oberholzer-Gee is the Andreas Andresen Professor of Business Administration in the Strategy Unit at Harvard Business School. A member of the faculty since 2003, Professor Oberholzer-Gee received his Masters degree, summa cum laude, and his Ph.D. in Economics from the University of Zurich. His first faculty position was at the Wharton School, University of Pennsylvania. He currently teaches competitive strategy in executive education programs such as the Program for Leadership Development, the Senior Executive Program for China, and in a program for media executives titled Effective Strategies for Media Companies. His course Strategies Beyond the Market is a popular elective class for second-year MBA students. Professor Oberholzer-Gee won numerous awards for excellence in teaching, including the Harvard Business School Class of 2006 Faculty Teaching Award for best teacher in the core curriculum, and the 2002 Helen Kardon Moss Anvil Award for best teacher in the Wharton MBA program. Prior to his academic career, Professor Oberholzer-Gee served as managing director of Symo Electronics, a Swiss-based process control company.

Professor Oberholzer-Gee’s research and consulting are centered on competitive strategy, international competition, and non-market strategy, a branch of strategic management that studies how companies best work with government and non-governmental groups. In recent work, he studied how entertainment companies can successfully manage the digital transition. Dating back to a study abroad program as an undergraduate, Professor Oberholzer-Gee has a long-standing interest in the Chinese economy and Chinese companies. In recent academic work, he compared the financial performance of Chinese companies with the performance of multinationals operating in China. In a related study, he explored how and why Chinese companies diversify their activities. Professor Oberholzer-Gee’s academic work has been published in the very best, peer-reviewed journals of his profession, including the American Economic Review, Journal of Political Economy, Journal of Financial Economics, and Journal of Law & Economics. His work has been profiled by media outlets around the world, including ABC Nightly News, Financial Times, Guardian, Le Figaro, Neue Zürcher Zeitung, New York Times, Singapore Straits Times, Süddeutsche Zeitung, Wall Street Journal, and Washington Post.

This collection of short essays and opinion pieces on harmful speech online covers a broad spectrum of thought and ideas from the Berkman Klein community.