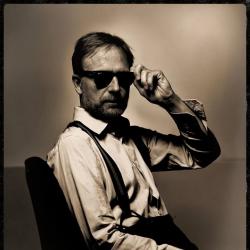 Eerik-Niiles Kross is an Estonian diplomat, intelligence chief, entrepreneur and politician. He was a member the Riigikogu. During the 1980s, Kross was a leading figure in the anti-Soviet resistance movement in Soviet-occupied Estonia. After re-independence, in 1991, he joined Estonia's Foreign Ministry. He served as the head of intelligence from 1995 to 2000; and as national security advisor to former President Lennart Meri in 2000 and 2001.

Kross worked in Iraq as a Senior Director of the Coalition Provisional Authority, being responsible for creating the new Iraqi Ministry of Defense and Military Intelligence. He was an advisor to the Government of Georgia during and after its war with Russia in 2008. He coordinated the Georgian information campaign.

Kross has published several books and written scripts for documentary films. He wrote the script for the 2006 documentary, The Blue Hills (Sinimäed), which received the Estonian Cultural Foundation's Film of the Year Award; also, special mention at the Tallinn Black Nights Film Festival.