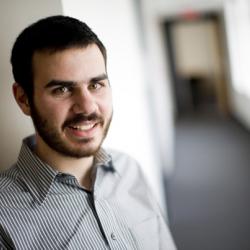 David G. Rand is a Fellow at the Berkman Center for Internet & Society, as well as a Post-Doctoral Fellow in Mathematical Biology at Harvard's Program for Evolutionary Dynamics. David studies human cooperation from an evolutionary game theoretic perspective. His research integrates theoretical and empirical approaches, conducting behavioral experiments inspired by evolutionary models, and developing models based on experimental data.

David works extensively with Berkman Co-director Yochai Benkler. Their work has thus far focused on solving collective action problems, and the role that solidarity and group identity play in promoting cooperation. For more, see a recent publication in PNAS studying in-group bias among Democrats during the 2008 election. David also studies reward and punishment in cooperative settings, and the dangers associated with escalation as opposed to reciprocation.

Dynamic remodeling of in-group bias during the 2008 presidential election

People often favor members of their own group, while discriminating against members of other groups. Such in-group favoritism has been shown to play an important role in human…

One potential approach to reducing the spread of misinformation: having social media platform algorithms preferentially display content from news sources that users rate as…

Why Do People Fall for Fake News?

What makes people susceptible to fake news and other forms of strategic misinformation? 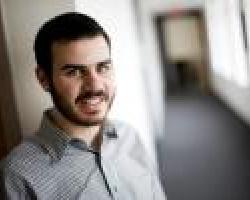 The Online Laboratory: Taking Experimental Social Science onto the Internet

In this talk Dave Rand will describe how to go about designing and running experiments using Mechanical Turk, some successful experiments that have been run (mostly involving…