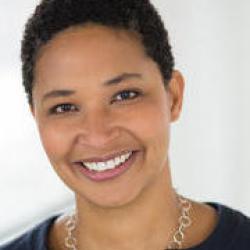 Danielle Allen, James Bryant Conant University Professor at Harvard University, and Director of Harvard’s Edmond J. Safra Center for Ethics, is a political theorist who has published broadly in democratic theory, political sociology, and the history of political thought.

Widely known for her work on justice and citizenship in both ancient Athens and modern America, Allen is the author of The World of Prometheus: The Politics of Punishing in Democratic Athens (2000), Talking to Strangers: Anxieties of Citizenship since Brown vs. the Board of Education (2004), Why Plato Wrote (2010), Our Declaration: A Reading of the Declaration of Independence in Defense of Equality (2014), Education and Equality (2016), and Cuz: The Life and Times of Michael A. (2017). She is the co-editor of the award-winning Education, Justice, and Democracy (2013, with Rob Reich) and From Voice to Influence: Understanding Citizenship in the Digital Age (2015, with Jennifer Light). She is a former Chair of the Mellon Foundation Board, past Chair of the Pulitzer Prize Board, and a member of the American Academy of Arts and Sciences and the American Philosophical Society. Allen is also the principal investigator for the Democratic Knowledge Project, a distributed research and action lab at Harvard University. The Democratic Knowledge Project seeks to identify, strengthen, and disseminate the bodies of knowledge, skills, and capacities that democratic citizens need in order to succeed at operating their democracy. The lab currently has three projects underway: the Declaration Resources Project, the Humanities and Liberal Arts Assessment Project (HULA), and the Youth and Participatory Politics Action and Reflection Frame.

From Plato to Present: Tracing the Roots of American Justice

What Do COVID-19 and Extreme Inequality Mean for American Democracy?

Award administered by the Library of Congress recognizes work in disciplines not covered by the Nobel Prizes.

An ethical plan for ending the pandemic and restarting the economy

Danielle Allen describes how the US could use technology to ethically and democratically address both the public health emergency and economic crisis by scaling up "smart testing."

The Road From Serfdom

HubWeek discussion looks at the ethics of individuals and an industry

In an impeachment hearing, we are all jurors

If this is our moment of something like national jury duty, what are we called to judge?

An inspiring conversation about democracy

What a democratic policy agenda would look like, how to talk to strangers, and why we need to reform civic education.