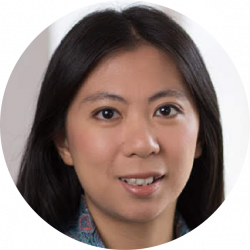 Baobao Zhang is PhD candidate in Yale University's Political Science Department and a research affiliate with the Center for the Governance of AI at the University of Oxford.

Her current research focuses on public opinion toward artificial intelligence and how the American welfare state could adapt to the increasing automation of labor. Her previous research covered a wide range of topics, including the politics of the U.S. welfare state, attitudes towards climate change, and survey methodology. Baobao has published her research in several top science and social science journals. Her research and graduate education have been funded by the National Science Foundation, the Yale Institution for Social and Policy, and the Ethics and Governance of Artificial Intelligence Fund. In the past, Baobao worked as a data scientist for the Yale Project for Climate Change Communication and a policy researcher for former U.S. Secretary of State John Kerry. She holds an MA in statistics and a BA in political science from Yale University.

Artificial Intelligence: The Global Race for the New Frontier

No Rage Against the Machines