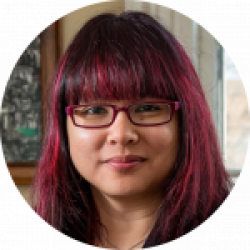 An Xiao Mina was an affiliate researcher at the Berkman Klein Center for Internet and Society and a 2016 Knight Visiting Fellow at the Nieman Foundation for Journalism, where she studied online language barriers and their impact on journalism.

An Xiao Mina is on a digital sabbatical and infrequently checking emails.

Mina has spoken at venues like Creative Mornings, Harvard Law School, the Personal Democracy Forum, the International Journalism Festival, UC Berkeley, ACM SIGCHI, and AspenFILM at the Aspen Institute, and she has contributed writing to publications like the Los Angeles Review of Books, the Atlantic, Nieman Journalism Lab and New York Magazine.

She is also co-founder of The Civic Beat, a global research collective focused on the creative side of civic technology. They have led workshops and exhibitions in spaces such as the Victoria and Albert Museum, the Mozilla Festival Open Artist Studio (curated by the V&amp;A Museum and Tate Modern), the Asian Art Museum, the Museum of the Moving Image, the ACLU and RightsCon, and they've been producing what Net Monitor called "the cutest map of the internet"—a world map of animal memes in collaboration with over a dozen internet culture researchers.

Mina is author of Memes to Movements: How the World’s Most Viral Media is Changing Social Protest and Power (Beacon Press, January 2019).

In this piece for The Atlantic, Natalie Gyenes and An Xiao Mina write, "Researchers are finding more and more that online misinformation fuels the spread of diseases such as tooth…

In her new book "Memes to Movements," An Xiao Mina explores how people from a historically overlooked nation such as Uganda are able to drive the conversation on issues in…

An Xiao Mina: Memes to Movements

A global exploration of internet memes as agents of pop culture, politics, protest, and propaganda on- and offline

An excerpt from Memes to Movements: How the World’s Most Viral Media Is Changing Social Protest and Power

A once-unified online world has broken into new warring states.

"Digitalpolitik," is an emerging tactical playbook for how governments use their political, regulatory, military, and commercial powers to project influence in global, digital…

Shenzhen flooded the world with cheap gadgets. Can it now become what Silicon Valley never did — a global hub of innovation, entrepreneurship, and manufacturing?

Alexandria Ocasio-Cortez Has Mastered the Politics of Digital Intimacy

Should there be a public archive or public record of a politician's social media as soon as they become a public official?

“I think it’s important to understand photos on social media as not just documentation, but also a mode of discourse.”

Dictionary.com's 2018 Word Of The Year Is "Misinformation"

“What’s striking about Ocasio-Cortez’s style is just how digitally native it seems."

An Xiao Mina on the Internet cold war

An American internet rife with hyperpartisanship and stratified along race, gender, and class lines, versus a Chinese internet tranquil and free of abuse

An Xiao Mina talks reality television and geopolitics at Newsgeist US 2018.

On the meme'ing of international diplomacy 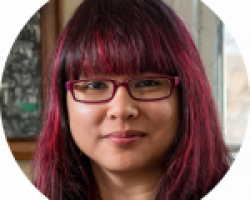 The Things of the Internet

What sorts of objects do new forms of hardware culture enable, and what role does the internet now play in all steps along the way, from ideation to sales to manufacturing to…