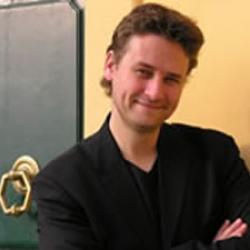 Alexander H. Trechsel is Professor of Political Science and the first full-time holder of the Swiss Chair in Federalism and Democracy at the European University Institute (EUI) in Florence, Italy.

Before joining the EUI in 2005 he was Vice-Director of the Research and Documentation Centre on Direct Democracy (c2d) at the Law Faculty of the University of Geneva (1999-2005). During this period he intensively worked on direct democratic processes as well as on voting behavior in elections and referendums in a comparative perspective. Since 1999 he became increasingly interested in modern information and communication technologies’ impact on these processes. Early on, he carried out political science research in the field of electronic democracy, internet voting and e-governance in Europe. In 2009, he directed the Euprofiler project, a pan-European Voting Advice Application for the European Parliamentary Elections. The project won the 2009 World E-Democracy Forum Award and the data gathered has been used in leading academic publications.

At the EUI, Alexander H. Trechsel initiated (and since directs) the European Union Democracy Observatory (EUDO) at the Robert Schuman Centre for Advanced Studies of the EUI. EUDO serves as a permanent observatory of democratic processes in and of the European Union. In his own research within EUDO, Trechsel focuses on technology-induced opportunities and challenges in the field of public opinion, electoral competition and media.

At the Berkman Center, Trechsel will focus his research on the study of the transformation of representative democracy in the digital era. More specifically, he will continue working on internet voting and explore the combined effects of the ‘participatory turn in governance’ and the information and communication technology-induced changes in politics on the functioning of modern, liberal democracy.

Trechsel received his Ph.D. in political science (1999, with distinction) from the University of Geneva (Switzerland). He serves on the editorial board of the Journal for Information Technology and Politics (JITP) and is a board member of the International Political Science Association (IPSA) research committee on electronic democracy.