Washington, DC—The Sloan Foundation and Arcadia Fund today announced a major contribution for the Digital Public Library of America (DPLA) in the form of combined $5 million in funding. The DPLA Steering Committee is leading the first concrete steps toward the realization of a large-scale digital public library that will make the cultural and scientific record available to all.

Doron Weber, Vice President, Programs at the Alfred P. Sloan Foundation, and Peter Baldwin, Chair of the Donor Board at the Arcadia Fund, made the announcement at the DPLA plenary meeting today in Washington, DC. The funding—split equally between Sloan and Arcadia—will support an intense two-year grassroots process to build a realistic and detailed workplan for a national digital library, the development of a functional technical prototype, and targeted content digitization efforts. Sloan has previously committed one million dollars towards the establishment of a DPLA Secretariat at the Berkman Center and to support the legal workstream of the DPLA initiative by developing solutions to copyright law obstacles facing public digital library initiatives.

“We are delighted to join with the Arcadia Fund in giving the DPLA a major boost towards its intensive, two year effort to create an open, distributed digital public library system,” said Weber. “This is a grand vision for a network of comprehensive online resources, tools, and services that will inform, educate, and empower everyone in the United States and eventually link us with the rest of the world. But we cannot do it alone and invite other funders to join us in this historic undertaking.”

"What Carnegie did for public libraries a century ago, the DPLA could—if successful—accomplish for our era,” said Baldwin. “We are delighted to be part of launching that effort."

“We are excited to begin work on the DPLA as a full?blown, hard?driving initiative that promises to transform the world of libraries and the way that we meet the information needs of communities in America,” said John Palfrey, Chair of the DPLA Steering Committee. "We are deeply grateful to the Sloan Foundation and the Arcadia Fund for their support."

The DPLA is a collaborative effort that relies on inputs from a diverse range of stakeholders and community members. Those interested in getting involved can learn more about the project at http://dp.la.

About the Digital Public Library of America
The DPLA Steering Committee is leading the first concrete steps toward the realization of a large-scale digital public library that will make the cultural and scientific record available to all. This impact-oriented research effort unites leaders from all types of libraries, museums, and archives with educators, industry, and government to define the vision for a digital library in service of the American public. The DPLA Secretariat is located at the Berkman Center for Internet & Society at Harvard University; the Steering Committee comprises library and foundation leaders across the nation. More information can be found at http://dp.la.

About the Alfred P. Sloan Foundation
The Alfred P. Sloan Foundation, founded in 1934, makes grants for research and education in science, technology and economic performance. A major goal of Sloan’s program in digital information technology and the dissemination of knowledge is to foster public access to information and knowledge for the benefit of all. To this end, Sloan has previously supported the Library of Congress, the Internet Archive, LYRASIS, Wikipedia, the Berkman Center for Internet & Society, the Boston Library Consortium, and the Espresso Book Machine. More information can be found at http://sloan.org.

About the Arcadia Fund
Arcadia's mission is to protect endangered culture and nature. It works to document near extinct languages, protect rare historical archives, and to preserve ecosystems and environments threatened with extinction. Arcadia has been heavily involved with digitization projects as well, in conjunction with Harvard, UCLA, the Israel National Library and the Hill Foundation. More information can be found at http://www.arcadiafund.org.uk/. 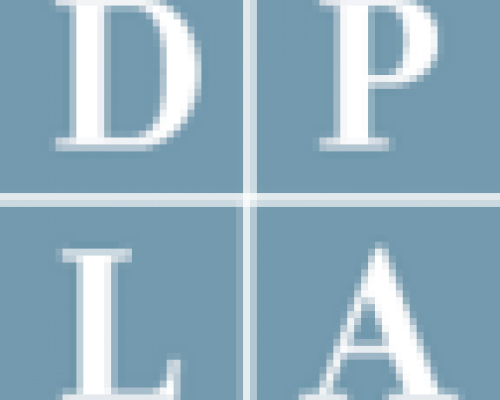