Tune in to a VRM video stream from Sean Bohan: http://www.ustream.tv/channel/vrm-workshop-2008.

And join in to the IRC channel via Freenode, at #VRM.

The first ProjectVRM Workshop will be hosted by ProjectVRM and the Berkman Center at Harvard Law School, on Monday-Tuesday 14-15 July. The event will go from 9AM to 5:30 on Monday and 8:30-5:30 on Tuesday.

This VRM workshop is posed as the first at which the VRM conversation spins off from incubation from within the IIW Internet Identity Workshops, an outstanding and highly productive workshop that has been happening twice a year since Fall 2005. There is a tradition of "user-generated" conference that Dave Winer began at Harvard with BloggerCon in 2003.

To view the agenda, register, and for more information visit the ProjectVRM wiki page. 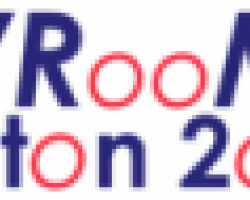