Charge up your mp3 player. As part of the Berkman Center’s ongoing tenth anniversary celebration, Berkman@10, we’re retrieving some multimedia classics from our past.

To date, we’ve: re-presented Lawrence Lessig’s fall 2000 debate with Jack Valenti; brought back Charles Nesson’s framing of IS2K7, University: Knowledge Beyond Authority; re-produced John Perry Barlow's reassesment of his 1994 essay on the economy of ideas; re-posed the question: Will the Internet draft the next president? and jumped back to Ethan Zuckerman's supercharged history of digital community.

This week, an audio-only treat for music makers and fans: Eric Hellweg's April 2005 "interactive interview" with Mike Doughty, former Soul Coughing frontman, on creativity, music, and technology. When we asked the Berkman Center community which moments from the past should be featured this spring as multimedia classics, there was unanimous enthusiasm for this interview, which kicked off Signal/Noise 2k5: Creative Revolution? with not only discussion, but also live demonstration, Doughty strumming away in the Ames Courtroom at an implausible morning hour.

In the context of the iTunes store's increasing success, with Napster dead and MGM v. Grokster underway, Doughty and Hellweg (alumnus of the first Signal or Noise? conference) turn the audience's eyes -- ears, rather -- to the promiscuity of pop chords, riffs as building blocks, the musician's vocation, the industry's future, and sampling and the law. The Q&A includes questions from Berkman Fellows Wendy Seltzer and Jake Shapiro (of PRX and Two Ton Shoe fame).

A sampling of recent hits around music online:

Two weeks to go: The Berkman@10 conference and gala are approaching fast! We have spruced up the agenda, and the conference wiki is up and running. Registration is open, space is limited, reserve your seat now!

In the iTunes Case Study, the Berkman Center.s Digital Media Project Team has analyzed Apple's iTunes Online Music Store (iTMS), which has become the pacesetter in the digital… 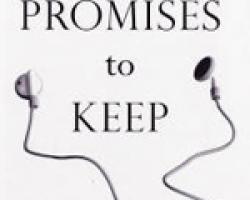 Technology, Law, and the Future of Entertainment

Book Description from Amazon: During the past fifteen years, changes in…

In Sony Corp. of America v. Universal City Studios, Inc., 464 U.S. 417 (1984), this Court held that the manufacture and distribution of technology that is sometimes used to engage…

Catch-As-Catch-Can: A Case Note On Grokster

In summer 2005, the United States Supreme Court issued a decision which is surely destined to play a significant role in the interrelation between law and technology in the coming…